Little Richard screams, wails and whoops his way through this juke-box-jam of a debut album. 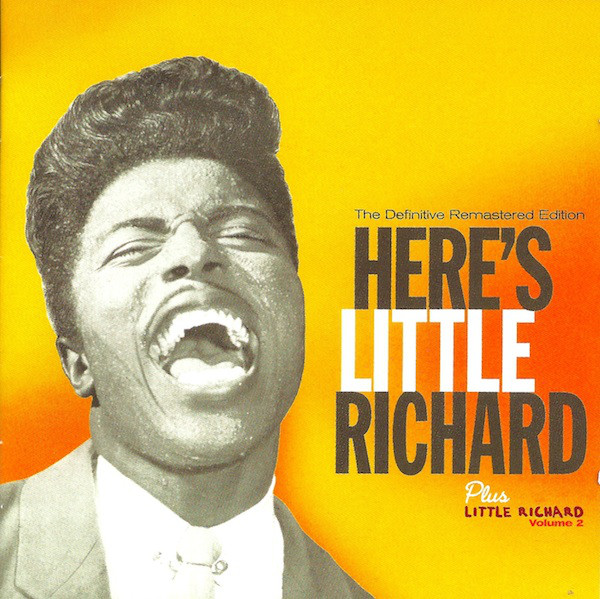 I have no idea what the onomatopoeia should be for the Little Richard wail he does in every song. It deserves to have it’s own spelling — it’s infectious and oozes with energy. This whole album is rockin’, making you want to Bop and Jitterbug your night away.

Little Richard is an interesting dude. His music brought a racial mixing during a time of deep segregation, he wore make up and flaunted his sexual orientation, and he seems unhinged when you watch him in interviews. His intrigue as a performer is undeniable, but he also had some good music behind the act.

“Tutti Frutti, good booty
If it don’t fit, don’t force it
You can grease it, make it easy”

Since that content didn’t have mass appeal, some of the lyrics were changed around, and that’s how you get things such as “aw, rooty.”

Little Richard is at his best with high-tempo songs. There are a couple of slower songs in the album, but they don’t really capture what makes him so infectious. He clearly likes to romp, banging the piano and having someone blow on the sax with high beats per minute. Both “Tutti Frutti” and “She’s Got It” show him when he’s at his best: wailing and screaming to get you moving.

If you are looking for one of the first people in music history that was in your face and full attitude, Little Richard is a great candidate. There is a debate about his significance rock n’ roll — Did he write these songs? Was he the first to have this sound and style? Did he just get lucky and take from others and just get popular first? Regardless, Little Richard had what it took as a performer and his music will live as one of the first examples of rock n’ roll.