I Thought I Knew Ray

But this collection of his early songs shows the moment where “The Genius” decided to crossover multiple worlds: gospel, jazz, and blues to make the new sound of soul. 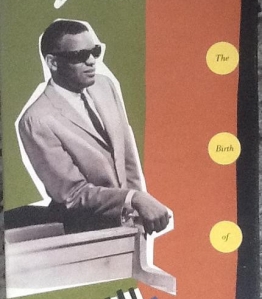 I’ve been listening to Ray Charles forever. I won music trivia buzz-in at a bar for his version of America the Beautiful with it only playing for one second. I know this man, or so I thought. The CDs of Ray Charles I owned were geared to his career post 1960, where he did covers of Hank Williams or had people writing him material that he performed in his style.

This Atlantic Rhythm and Blues collection shows where he ironed out what that style  — he was the main writer and producer of this material. These songs are gritty, southern and full of beautiful textures combining different styles of music into a whole new genre; when you listen to this album, you get to listen to the birth of soul.

If you purchase this album in person, you would find it comes as a box set. Reason being is this album has over 50 songs,all performed between 1952-1959. Listening through the tracks is a time warp, allowing you to listen in real-time the birth of a new movement of culture and music.

Listening to this song, I just could not believe it was recorded in 1959. Reaching #6 on the Billboard charts, it was the apex of what Ray had been working on all along. This song is a new genre of music combining several different elements. Many did not appreciate this new blend: his combination of gospel, church style-music with salacious lyrics was too much for many.

This song has been an inspiration to many, including all the Beetles, Mick Jagger, Brian Wilson, Van Morrison, and more all due to its style being completely unique. I put this song on repeat during writing this because I feel the same way: it’s introduction with electrical piano and mix of latin beats was unlike anything I had heard before, even from my perspective in 2018.

The music is a harbinger of what’s to come in the 60s: the trading of traditional sources of music between audiences and locations that normally wouldn’t have access to such material due to the rise of recording technology.

If there is a drawback to the album, it is that it is 50 songs. While thorough, not all of them can have the urgency and impact as some of his greatest hits. But, how could they? This leaves some treks through songs that sound like any other juke box jam. The patience is worth the reward though, as there are plenty of unknown gems in here to celebrate.

[best hidden gem.] Tell All the World About You.

By being inspirational to so many, this box set is worth a listen to anyone who enjoys music. You will easily find your favorite artists’s beginnings here, and that is the Genius of Ray Charles.