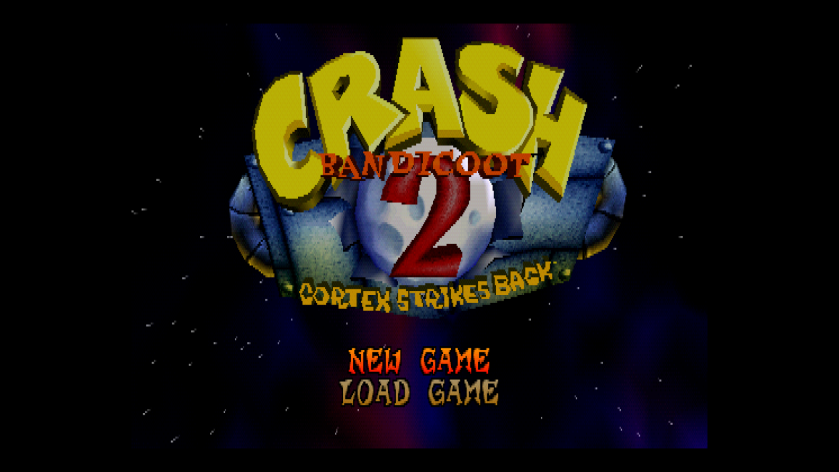 Every system from the 90s required a mascot with side-scrolling adventure. Early Mario and Sonic games are not that different to play. Both involve making articulate jumps as you perilously move from L to R.

Crash Bandicoot isn’t any different either. Even though it came out in the mid 90s and is 3D, the game sends you down train tracks and tunnels. There isn’t anything to explore; it’s a decorated hallway with tons of traps.

Somehow, it still gives you that visceral gut check. I cringed with every “almost made it” slip up and rang out in glee when entering the exit tunnel. What I was most interested in was the extra challenge of breaking all the boxes. The game boasts 45 hidden gems along with the mandatory 25 crystals. I thought i’d been spending a good part of my Winter pulling off amazing feats of daring acrobatics to close out this game with a 100%.

But, it really wasn’t worth it.

Instead of mushrooms and coins, we get boxes full of fruit and shaman masks.

The game lacks even handiness. Some stages have an almost impossible scenario that requires many lives to navigate. Don’t worry though: after ~5 or so failed attempts, the game will throw you a bonus shaman mask to help you get by. These parts are mostly surrounded by cakewalks causing unsettling difficulty spikes.

Where the game should offer the most replay value are with the secret gems. Unfortunately, this is executed in such an unnecessarily obscure and difficulty fashion it’s never enticing enough to finish.

The name of the gem game is pretty simple. Each level has a certain amount of boxes. Smash them all and you get a bonus gem. At the end of each level, you see how many boxes you smashed out of how many were left. Simple enough.

Where it screws up is trying to make this fancier than it needs to be. Early on, even though you scour for everything breakable, you’ll find you didn’t smash all the boxes, Sometimes, you are more than 30-50 boxes short. I felt betrayed; I’m taking the time to do this, how am I missing so many?

Well that’s because many of the levels are intertwined. There is a bonus area that has multiple secret stages. These locations bleed into other levels meaning you have to start here first, collect all the boxes there, and then collect all the boxes on the original level to unlock the box.

If this wasn’t complicated enough, they throw in some obscurity to make things worse. Some levels have bonus gems for accomplishing certain feats, but these are never expressed. Some are finishing the level in a certain time allotment while others are completing the stage WITHOUT breaking any boxes.

If THAT wasn’t enough, there are also gems of specific colors that require additional requirements that open up more secret areas on other levels that then give you access to more hidden boxes.

Of course, I started to use guides.

Of course, I started to lose interest.

It became clear none of this was intuitive or worth doing.

Entertainment was different in the 90s. It’s not like we could pivot to something else via download. We were stuck with the cartridges and CDs that we had. Discovering a secret level was tantamount to learning forbidden, ancient knowledge that we eagerly shared with our friends on the playground — it felt like we were in on an inside joke.

Now, it’s easy to bail early. As I look at the sea of entertainment options before me, I don’t know how I’m going to keep up. I keep finding music that was made 60 years ago that I never new existed; how am I going to keep up with the thousands of songs that are being released every day? My podcast cue is already filled with enough for an entire year, heaven forbid I find a new one to follow.

It’s fun, but the main levels are only a couple days worth of entertainment.