I used to like rap until I realized their contribution is so shockingly little. Bands like Sly deserve all the credit.

Rap music is a sham — a few lyrics over hooks, lines, and beats from the actually great musicians of the 60s and 70s. It doesn’t deserve the accolades it receives. I realize everything is inspired by what came before in the long lineage of artistic output. The difference with hip-hop/rap is that there is no attempt to build on that inspiration; it’s blatant theft that’s out in the open for all to see.

Coolio’s Gangsta’s Paradise is really Stevie Wonder’s Pastime Paradise. Warren G’s I Want it All is really Debarge’s I Like It. Cardi B’s I Like It is really an old-time hit from Rodriguez’s I Like it Like That. Let’s be honest about the format: producers pay a price for a sample because it’s cheaper and easier than actually going through the artistic process. Then, they introduce the song to audiences young enough they don’t know the song is an imitation. This slight of hand perpetuates the fake talent of the artist.

If you add up all the samples used from songs from The Greatest Hits by Sly and the Family Stone, it totals to 697. So much for the trailblazing Dr. Dre, Tupac, Digital Underground, Biggie, Jungle Brothers, or anybody else you can think from the rap industry.

It’s time to give the true artists of creation credit: welcome to one of the best albums of all-time by Sly and the Family Stone! 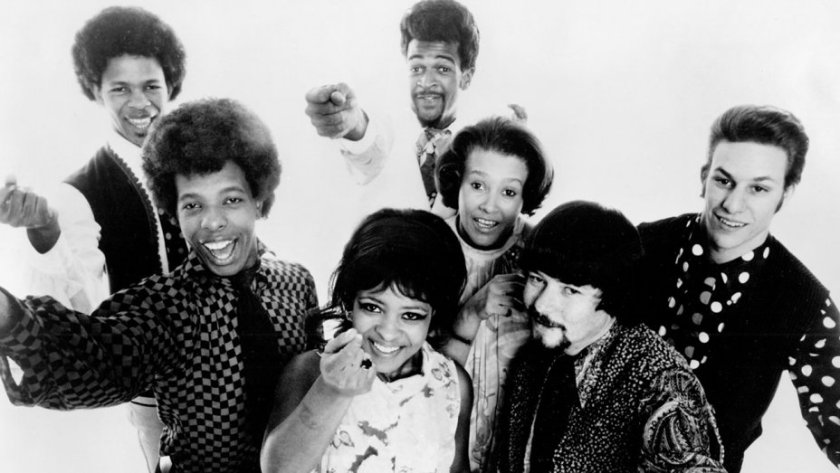 There was a gap in material from Sly and The Family Stone (no new stuff from 1969-1971), so producers decided to create a greatest hits album to keep their branding alive and make some money. They accidentally ended up making one of the best Greatest Hits albums of all-time. After this, the band would release There’s a Riot Goin’ On in late 1971 where Sly was consumed with doubt and PCP. Things would never be the same.

*All songs written by Sly Stone.

[BEST TRACK: Dance to the Music]

This is hands down the best song. It’s a bit out of control, weird, and completely addicting.

I’m gonna add some bottom
So that the dancers just won’t hide
You might like to hear my organ
I said him, “Ride Sally ride now”

Oh, and it’s used for the hook from this Queen Latifah song:

Capturing the open arms of the 60s, Everyday People makes a strong case that we are all in this together.

Sometimes I’m right and I can be wrong
My own beliefs are in my song
The butcher, the banker, the drummer and then
Makes no difference what group I’m in
I am everyday people, yeah yeah

Oh, and it is the complete basis for an Arrested Development song called People Everyday. By changing the order of the words from Everyday People to People Everyday, they would contribute much to the music industry:

Driving around in my ’94 Jeep and Ray Bands, this was a personal favorite one to blast to celebrate staying true to yourself in the early 2000s (I was probably an asshole back then).

Oh, and it’s the backbone for this song by Janet Jackson:

Every time someone samples this album, they should be forced to put it on the album cover.