Great For Listening to Podcasts.

I couldn’t keep playing a game where I needed to be doing something else to stay interested. 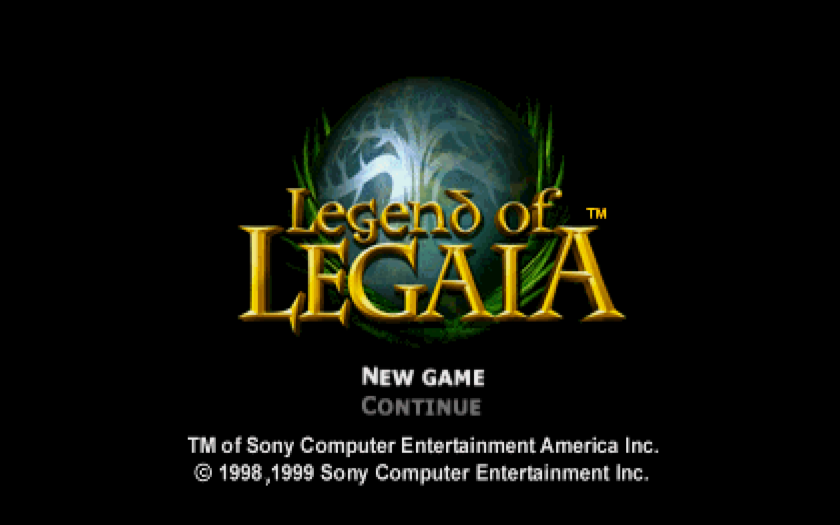 I’ve owned this game since 1999, and I wanted it to be my first post for the top 100 PS1 games. I am older now, more disciplined and mature. I could set my mind to it and see it through! NO. NO I CAN’T.

In the spirit of Lufia and The Fortress of Doom for SNES, the final straw with Legend of Legaia (or LoL, which the game is kind of a joke) was another senseless and artificial fetch quest. This was the kind of pointless plot that you expect a few hours in to learn game mechanics, not after twenty hours into the story.

Things were already not going well. While playing, I listened to the following;

The reason? The main focus of this game (the battles) become frequent, long protracted affairs that didn’t need my attention. They were a waste of time. I couldn’t ethically use my gift of consciousness on them without dual-tasking something more important. The story, quests, and characters all followed suite with their own quirks and problems. While this game is interesting to talk about from a historical/cultural perspective (after all, it is a FF7 clone that speaks to what gamers were looking for and how developers tried to create it), the game itself sucks.

At one point humans and Seru, a mystical creature/race, lived in harmony and worked in synergy to create a wonderful civilization. Then, mist covered the world and the Seru went mad killing their human collaborators. People have now rallied to the last vestiges of civilization in small towns, monasteries, and caves.

Vahn lives in one of these last footholds — Rim Elm. It relies on a stone wall to keep out the mist, but it crumbles in a Seru attack. Vahn stalls the enemy attack, but eventually the town has to go to the Genesis Tree in the middle of town. Here, the town is able to revive the tree which destroys all the mist in the surrounding area. In the process, a “ra-seru” (some special seru not driven mad by mist) gives his power to Vahn.

Thus begins the journey for Vahn and his future friends Noa and Gala to rid the world of mist by reviving genesis tress and destroying mist generators.

This is now considered your traditional J-RPG fair. In the 90s, there weren’t different types of RPGs: this was the only type! The “variety” that these games offered were the slight changes they made within the framework of story-telling, gaining levels, and battle systems.

We eagerly awaited to see what new twist someone could do with the Active-Time Battle system. Our expectations were pretty low — “you equip magic now! COOL!” Or how excited we got when someone added a 30 second animated cut-scenes — “look how gorgeous that looks!”  But at the time, these small changes meant a big difference in interest and gameplay.

Legend of Legaia has its own assortment of tweaks and twists to try and update an already 10-year-old format.

Instead of attack, magic, summon, and item, LoL adds a fighting bar where you can do a variety of punches and kicks. Certain combinations make the character perform a martial art which does bonus damage, and when the fighting bar gets long enough, you can start to stack these combos on top of one another. This makes it an adventure to find new arts (via random moves, NPC interactions, and books) and how to configure them to do maximal damage.

The problem: time. Every battle is lots of animation with one character walking up to another one and executing a series of attacks. With three party members and three monsters, there is a ton of wasted time. We kind of asked for this back in the day as we loved pretty animations and CGI sequences to look at it.

However, the second problem is pacing. You input all of this information at the beginning of the round for each character, and then everyone’s battle plans get acted out. With the same scenario as before, there is a lot of time just watching the battle unfold without any sense of ownership or input.

The final problem is that what first started out as intriguing lost steam. The front end of the game is a hunt for all the hidden arts to build more powerful combos. Once you find your most powerful set up, it is rinse and repeat. The button sequence is also kind of screwy: it is easier to just hit X all the way through and do random attack patterns. When you succumb to this temptation, you aren’t even punished for your laziness. Whether random or strategic, most battles go just as expected.

What A Difference A Level Makes.

This game loves to give sucker punches with razor thin level thresholds. With most battles being auto-pilot, it was easy to meander your way into a boss fight (which thankfully was always tipped off by an odd save point location) that would absolutely murder you. After grinding just one level, that was usually more than enough to make the battle a complete cake wake.

The reason for this drastic flip was because boss fights were mostly auto-pilot, too: one person heals and two people attack. Since you had three characters with three different speeds, you have to be strategic with which person healed (Gala, being the slowest, was always a risk to be the last to go but Noa was a sure thing to always go first). This meant that as long as everyone could survive one round, you would win the battle as long as you didn’t screw up who was the healer.

Money was also surprisingly scarce in this game. New locations usually have a bevy of new equipment but you only have enough money to afford a fourth of it. I did one grinding session while zoning out to podcasts to get enough money for this equipment which set me up for the rest of the time playing: I never lost another battle.

Most of the characters are neutral. Vahn is a silent protagonist, so hard to have any pluses or minuses there. Gala is a warrior monk, so he just plays the stern, serious, and stoic role that neither adds or takes away.

Then there is Noa.

Noa is raised by a Ra-Seru attached to a wolf that later attaches to her. Because of this, she was never socialized with other humans. She is giddy, extremely excitable, and completely annoying. Somehow they collected all the personality traits I despise and put them in one fictitious being: hyperactive, unaware, loves being social but doesn’t understand being social, naive, undisciplined.

Worse yet, she’s the only one that gets attention and space. Most scenes are her running ahead of the group, frantically waving, and upset when things don’t go as planned. This is your only flesh out character. Oh, her and some trees.