An album that faithfully conveys the feelings and spirit of the never named Vietnam veteran returning home with a varied collection of soul, gospel, funk, R&B, and pop that can only be categorized as Marvin Gaye. 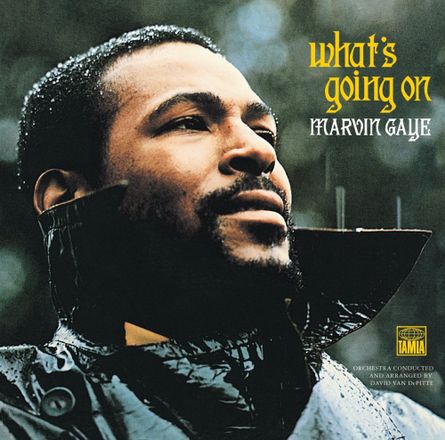 Marvin Gaye had to fight for this one.

Tired of having Motown dictate his creative direction, Gaye wanted to create an album that was more personal and less hit-oriented. Barry Gordon wasn’t having it, but after threatening to never record again, Gordon allowed Gay to have full creative direction.

This is a masterpiece of an album: nine songs that freely float into one another, recall motifs of previous tracks, and the most interesting story arc in concept album story telling. Following an African-American, Vietnam veteran after his return from war, the subject matter risks being too preachy, but by having an actual character as the vessel to experience everything, the album becomes a prescient bit of social consciousness. Instead of being hung up on politics, we get to experience and FEEL this unnamed protagonist’s plight.

“Don’t punish me with brutality,
Talk to me, so you can see
Oh, what’s going on.” 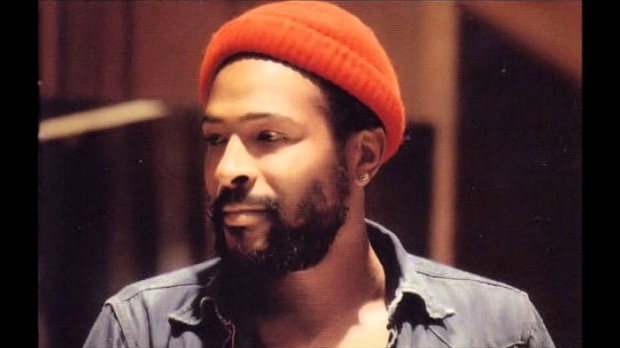 While the music itself (the song-writing/arrangement/sound) could be an entire essay in itself, the thing that really drove this album to the upper echelon for me was the story arc. Each song is an experience in and of itself, encapsulating the transition from the idyllic times of the hippie 60s to the stark realities of poverty in the 70s.

Track 1: What’s Going On – The anthem. While the character hasn’t been directly introduced, this explains the purpose of the album: we are being torn apart by war and political differences. The song implores us to listen and understand so we can figure out what’s been going on in our lives.

Track 2: What’s Happening Brother – Our character runs into an old friend after returning to America after fighting in Vietnam. The song runs the gamut of emotion, with the expression of frustration of opportunity (“Can’t find no work, can’t find no job my friend, money is tighter than it’s ever been”), trying to normalize their life (“Will our ball club win the pennant, Do you think they have a chance?”), and just how much they have missed those important to them (“And tell me friend, how in the world have you been?”).

To me, this is the most touching song in the entire album. Here is a man who laid down his life for his country and returns to a land that is no longer his. He’s lost touch with his American life and even with immense toll and sacrifice has no access to upward mobility.

Track 3: Flyin’ High (in the Friendly Sky) – Facing the bleak realities of life in America and the emotional toll of war, the focal character turns to drugs. While he knows this isn’t going to make anything better, he’s tired of being forgotten and misunderstood:

“Nobody really understands, no no
And I go to the place where the good feelin’ awaits me
Self destruction in my hand
Oh Lord, so stupid minded.”

Track 4: Save the Children –  This song begins with:

“I just want to ask a question
Who really cares?”

And even as he hits his lowest point, feeling that life is just a sham, our character begins to find purpose in creating a better world for the future generation. While the song starts slow and disturbed, by the end it is upbeat and full of energy just like our protagonist who has now exited a dark period of his life with momentum.

Track 5: God is Love – Completing the ascent started at the back end of the last song, our character now has found religion as a remedy for his directionless life. Finding a sense of purpose, the character gives us advice to love everyone.

Track 6 – Mercy, Mercy Me (the Ecology) – The original environment anthem, Gaye shows just how far ahead of the times he can be. Now that the protagonist has found religion, he is starting to put things in perspective. He realizes that healthy water and air is an important aspect of healthy living, and we need to protect it.

Track 7 – Right On – Realizing that a lot of people’s success in life was based on luck, our character successfully cheers on those that are doing good work to help those who were less fortune in life’s lottery.  As our character has become more socially conscious himself and has tried to create meaningful change, he wants to motivate others doing the same.

Track 8 – Wholy Holy – The character still thinks that religion is the best way to accomplish all of this social change. This song is more melodramatic and slow, and it makes me feel like our character is getting tired. He’s calling on others to help because he knows it’s going to take a group of people to make successful change.

Track 9 – Inner City Blues (Makes Me Wanna Holler) – Even with all this effort and change in personal habits, the world is still full of injustice. Our character recalls all the problems he still faces, whether poverty, crime or racism. There is a sense of frustration as the song ends with:

“Oh, make me wanna holler
And throw up both my hands.”

This ending is very bittersweet: it is one of the best songs musically in the entire album but our protagonist is now getting frustrated by the lack of progress in society. Recapitulating the story arc, we have now gone from understanding, to displacement, to drug use, to re-finding purpose, to creating change, and now to frustration of the lack of results. 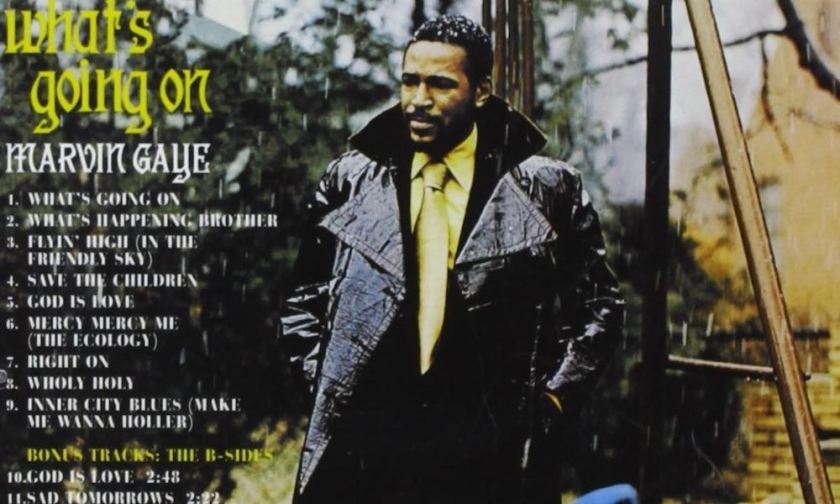 No happy ending here. It is unknown whether the character returns to a life of drugs given his efforts seem to have been in vain. Maybe he continues the fight, and Inner City Blues was just a temporary pit fall. With exquisite music and story telling, Gaye leaves it as a cliff hanger, truly capturing how hard it is to change the world for the better.

I review books, movies, albums, and games. View all posts by Casual, But Smart