Too Agitating To Be Great.

Kids will forever ruin movies for me, but so do aliens that play tubas. 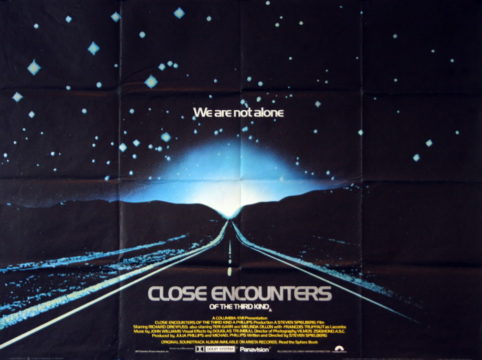 Nestled within all the classic Steven Spielberg movies (Jaws, Raiders of the Lost Arc, E.T., Hook, Jurassic Park, Schindler’s List) is this little egg of a movie recounting human contact with aliens. It’s kind of the forgotten child of his filmography, and I came into it knowing very little other than its spiritual sequel Super 8.

Overall, it’s a fun little ditty that has some amazing individual scenes and sequences that craps all over the endless CGI vomit of today.

However, there are some personal distastes that this movie puts on a pedestal: too many annoying kids; boring domestic disputes that end in yelling and crying; the powerless female in said domestic dispute. Adding this to the spell-breaking ending, I realized I was half pissed off for too much of this movie for me to consider it great.