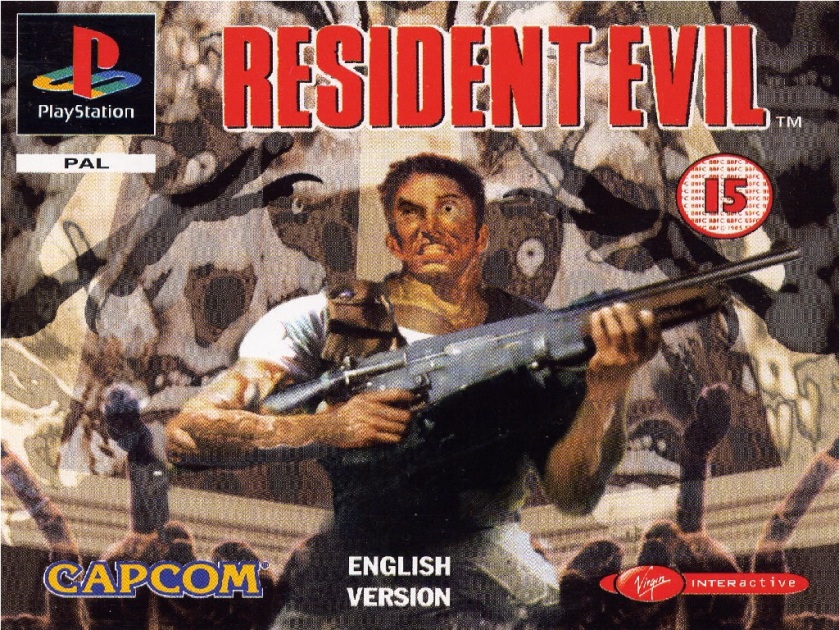 Stressful But Very Worth It.

This game checks all the boxes: immense pressure, quirky content, requires a sharp mind, and most importantly, lots of camp!

Since I had no ammo, I had to use my hunting knife to cut through a fibrous spider web. The mini-boss, a black spider, was mowing through my health. My healing items continued to dwindle until I was left with nothing. Finally, the last lattice fell away, and I escaped into the next room.

There was no rest for the weary.

Poisonous snakes fell from the ceiling. One more hit would have meant game over. I tactfully dodged the reptiles and meandered north. Exiting the corridor, I didn’t know how much longer I could do this.

As the door slammed behind me, I was treated to the most beautiful moment Resident Evil offers: the realization I had serendipitously found a “safe room.”

There is only one rule in Resident Evil, and that is nothing can hurt you in a safe room. Calm music flows as you mentally piece yourself back together. Nothing, and I mean nothing, can equal finding one of these places in the middle of the anxiety asylum known as Racoon Forrest.

This game expects so much of you: you have to fastidiously manage your inventory; understand the connections of all pathways so you can judiciously choose your routes; constantly balance the valor of fighting or wisdom of running away.

I’ve never felt such stress before. Juggling all of that is exhausting. But the reward, the reward of feeling the safety and security of those rooms, makes it all worth it.

Something regrettably missing from modern games are the special moments of low production value that makes you instantly fall in love.

Games in the 90s were not these massive franchises where there was immense budgets and everything was scrutinized. Spelling errors were common, non-sequiturs abundant, shortcuts were apparent. Take for instance, the branding of Resident Evil starting with the cover of the case:

What type of gun is that? Some hybrid sniper, AK-47, pump shotgun?

Who is that? You might think it is the main character of the game. It’s not.

What’s with that expression? No doubt I felt like half my face was melted as I ran away from zombies with gritted teeth, but to put that front and center of the game packaging itself?

Actually…it isn’t based on anything. They just fed a graphic designer some elements of the game as it was still in production and said run with it. Could you imagine a company doing that today? “It’s a game about capturing small creatures in the wild and storing them in balls. Do what you think is best.”

Of course, nothing can match the height of cringe camp that the opening cinematic delivers:

They literally found people off the street — many with no acting experience — and filmed a pure B grade horror short. It’s freakin’ fantastic! I wouldn’t want this any other way!

This song stresses me out, just like the entirety of this game.

The game is just so good at creating moods. On one end, you have the yang of save rooms — quiet, peaceful, a respite. On the other end, the chaos of yin ravages you as you run between rooms desperately fighting for your life.

The game teaches you right away.

You walk into an empty mansion. You hear something in the distance. Chris goes to investigate. He finds a zombie eating a fellow S.T.A.R. team member. Having a gun, I unloaded a clip into him before he went down. I realize something very scary — I can’t possibly fight off all the zombies with such limited ammo.

And thus begins the game of inventory conservation. Stressor number one.

Things that require the ability to visualize an image and flip it overloads my brain circuits. It’s only gotten worse since I don’t have to visualize interconnected streets/roads and can just use GPS to find where I’m going.

Resident Evil requires a strong grasp of how this tortuous mansion is connected. Every extra hallway traversed is an unneeded risk where you put scant health and ammo at risk. It requires a certain immersion to be successful.

You just can’t meander — you have to travel with intent. Stressor number two.

And of course: the puzzles. My favorite part of Resident Evil.

As if you weren’t busy enough keeping an eye on your inventory and spatial reasoning, you also have to solve puzzles to keep moving forward. They are simply too many to list, but what makes Resident Evil so good is how they are integrated into the environment.

A broken ledge on the second floor? Candles on the table? Vents next to statues? Renaissance Art with a secret blacklight message?

You scan your environment constantly as all of these will come into play at some point. Stressor number three.

Time to find that safe room!

I was hesitant to include this as a “bad” thing. After reprogramming my brain, I was able to make sense of the the “tank style” controls. This is where pushing up on the control pad isn’t up in the environment but instead moves the character forward depending on where they are facing.

It really sucks at first.

But you know what? It fits right in with the environment Resident Evil is trying to build. The entire set up is to discourage you from thinking you can blast your way out of this game, including the very controls itself.

However, it does suck when during necessary battles you unload an entire clip of precious ammo into a wall or misjudge the distance of outreached zombie arms.

When Will It End?

Resident Evil is your typical mid 90s game. It’s expected to tease small bits of truth and wisdom in between a myriad of failures. Hell, it’s wise to play the game for as long as you can stand and then completely start over. This way, you can continue to hone your skills, conserve important resources, and be more efficient with each go round.

I read some blog or review (I wish I could find it now), where the writer remenised how the game was a family affair: multiple people played (Dad, brother, sister) and compared notes. They relied on each others’ strengths (for instance, the brother was good at dashing away from zombies while the Dad was better at solving the tricky puzzles) to eventually beat the game.

It harkens back to an era where there weren’t many entertainment options. There was an understanding that once you got tired of Fresh Prince of Bel Air reruns on your four antenna channels you would return to Racoon Forrest deep into the night no matter how many times you died.

That world is just not coming back.

Once I started to dip into a walkthrough (halfway into the second area), I couldn’t help myself. A game this exhausting just kept going, and going, and going. It was only a matter of time before I broke.

Come on down for a romp into Racoon Forrest — a camp adventure that you’ll always remember!