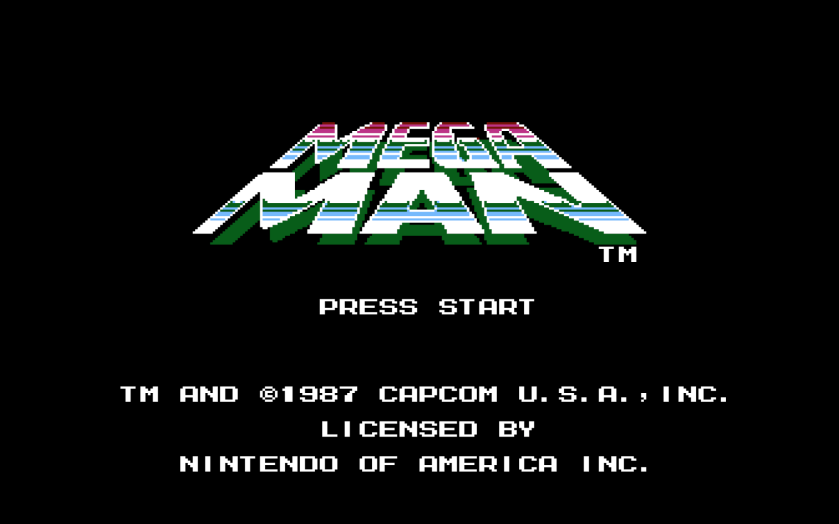 I’m not looking forward to playing four more identical games to close out the series.

I finally submitted my final “big” thing due for residency — a journal club review discussing Bell’s Palsy. If you think that’s boring enough, wait for what I used for entertainment in between revisions.

In theory, a more complex game of rock-paper-scissors should pique my interest. A break from the linear, ossified train tracks of other side-scrollers should be a welcome sight. A robust inventory of weaponry ought to make me squeal with joy. But, Mega Man just doesn’t. This is my second iteration (Mega Man X being the first), and it is all. the. same.

The biggest allure central to the plot is the order. There are initially six stages, and at the end of each one is a special boss. Defeating it garners you a new weapon. Each boss is super weak to one of the other weapons, so there is a particular order of stages that makes the most sense for you to run roughshod over the competition.

This is the kind of game that gets wrecked when there is a backlog of games in the queue.

As far as platformers go, this is your typical “Nintendo hard” quest that results in plenty of broken hearts and controllers. There are plenty of vicious memories to recall, but I think the stages with disappearing platforms could quite possibly be the worse. Take a gander:

If you are lucky to get to one of the bosses, you’ll find an equally as frustrating experience as they are immensely more powerful than you. The only way to successfully navigate this space is to know each bosses’ weakness and thus which order of stages you should follow. Knowing this information puts your total play time to manageable day. Not knowing leads to repetitive grinds to test different arsenals until you can crack the code.

I can imagine a young school boy in the late 80s being okay with this set up. A grown man in the 2020s can’t afford such luxuries like wasting his precious time repeating the stage “GUTSMAN” finding out whether he dislikes bombs, ice, or scissors.

I think this is a good time to ask some questions about the typography choices:

I remember fond memories of playing a Mega Man-esque game on my TI-83 back in eight grade. While I should have been paying attention to how to balance equations, I instead was foraging ahead in a knockoff quest. While I enjoyed the distraction then, I find there are too many other shiny options awaiting for me at the top100.blog.