At least its consistently bad no matter what decade you play it in. 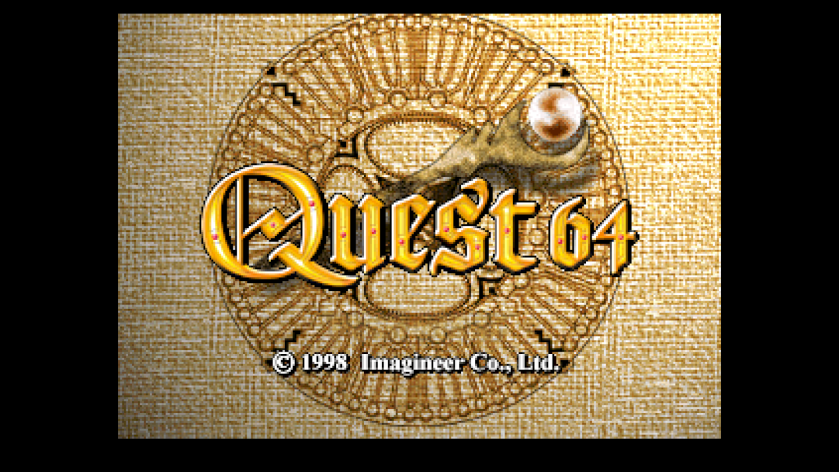 Being of elementary school age meant that I wasn’t in control of my discretionary spending. Whatever momma bought was what sonny was going to play. However, I could steer her in the right direction with a few not so subtle hints. Riding the hype from Nintendo Power, I knew I had to have Quest 64.

I was yearning for a new RPG  — I was still replaying FFVI for God’s sake! The previews looked like it was the right game for the first RPG entry into the N64 catalog. The vistas were chocked full of things to explore. The battle system intricate. The stat system innovative.

After playing for a very short time, I became frustrated. The game was a grind. The people and places hallow. The story non-existent. It was a nasty, brutish, and short experience. Soon after, I acquired a ps1 where my RPG gaming life was about to change for the better.

Revisiting this game now only brings up feelings of what could have been. There are plenty of bright spots (the combat system and stat system were intricate and innovative), however, everything else pulls it down. The grind really wears on you, and with no story to buoy your interest, the final stages are a test of perseverance.

Brian leaves the monastery of mages to find his father. The player learns that his father is looking for a fabled book (Eletale Book) for some reason. After going to one town, he will learn of someone, usually a thief, who has stolen an elemental stone. Brian will then defeat this person, get the stone, and then head to the next town. He will then repeat this process four more times. Game over.

Over and Over Again.

In Larapool, there was this small vignette: a mom was pushing her daughter to be the best singer in the land but the dad was concerned they were doing it for the wrong reasons. This trite scenario gets a mention because it was the only memorable instance of something remotely unique, but guess what: the game still doesn’t do anything with it, so we end up in the same place!  The dialogue is usually generic small talk that mimics the story formula (“You are in town A, but an evil thief has taken B and is blocking the way to C. Who is going to save us?”).

Eventually, you stop talking to people. Then, you give up on exploration — there is nothing unique to find or talk to. The encounter rate is viciously high so you economize your path to avoid unwanted steps. Then you realize how limited the world actual is. The walls quickly close in as you funnel your way to the next town for the next thief and the next elemental stone.

Spirits are bubbles found on the world map that instantly upgrade your magic. They are enticing to find as they lead to better skills and stats. However, many are just placed in plain view:

I wasted time in the early parts of this game looking for spirits. I was scouring the lands, looking in ever nook and cranny, doing a 360 at every house in hopes of finding one of these meaningful power ups. Little did I know that they were meant to be easily found: just sticking to the main path leads you to most. In a game that lacked reason to explore, this mechanic was perfectly positioned to give impetus to trek barren lands in the face of endless, random encounters. Alas, it was not meant to be.

Everyone who plays Quest 64 will have at least one moment where they get absolutely lost. There are no maps in dungeons and forests. Combat happens on the world map meaning you will get twisted around in the heat of battle. To counter this, Brian jumps to face the direction he was traveling upon victory. But what happens when you escape?

Well…you just stay facing the way you escaped. The levels are not varied once inside and mostly consist of long repetitive hallways with the environment changes to match the element your are chasing. Below is the East and West of such a hallway: 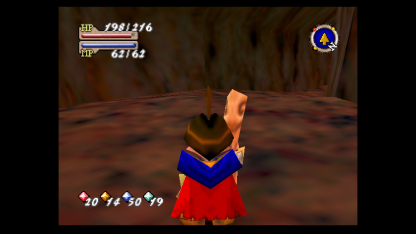 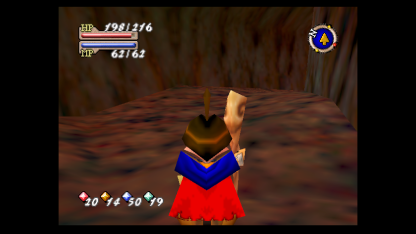 The compass is a joke here. You haven’t been using it for anything and won’t be able to recall where you are headed. All that’s left to do is pick a direction and hope for the best.

The way this game handles stats was actually very interesting. All stats are tied to actions. Getting hit in battle reduces your HP which leads to gaining more HP and defense. Avoiding attacks leads to increased agility. Using magic improves MP. Instead of reducing battle to a binary significance, it allowed a more fluid situation where gutting out a battle was still fruitful. 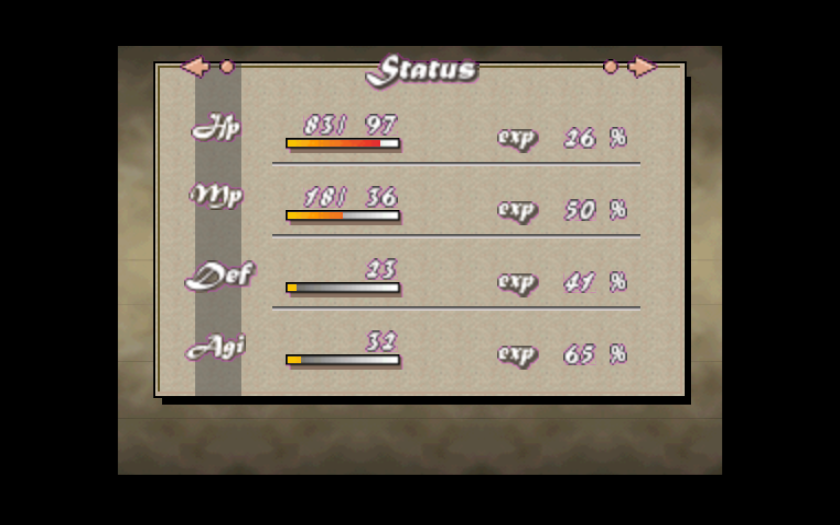 It was still best to win of course as this is how you gained experience to learn new spells. Spells are divided into four categories (earth, wind, fire, water). As you reach higher levels in each division, you learn more spells that allow diversity in battle.

Combat is dictated by two principles: the range of attack (from far to melee); whether it requires aim or not. Wind attacks generally were long ranged and did not require aiming, a blessing when enemies were far away. Water, however, was powerful and short ranged that required some precision. This was a fun interplay in the early going as you explored the multitude of spells and how they interacted in a free flowing combat system. 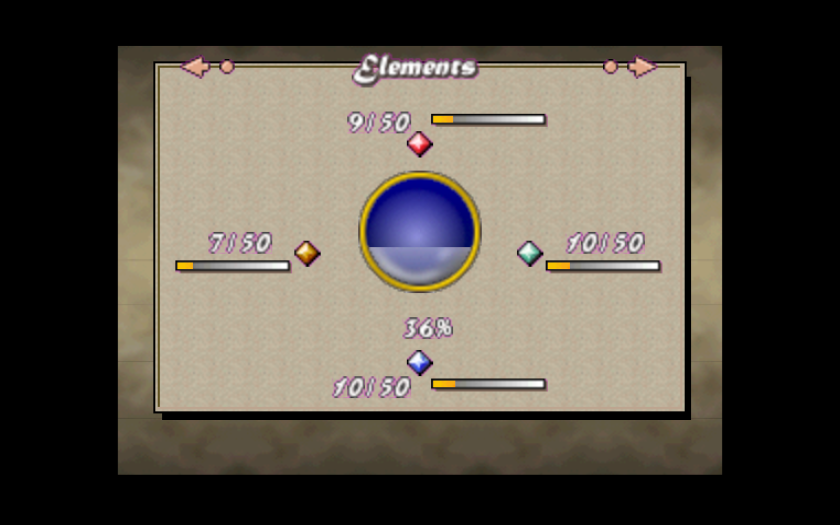 But don’t worry: Quest 64 knows how to ruin it.

A Certain Point of View.

The camera and controls in this game are awful. AWFUL.

The camera can be moved in battle by pressing B, and it momentarily does the appropriate thing by angling it behind the character so you can see what is in front of you. Instead of staying there, it floats right back to its preferred location. While holding down B doesn’t seem like much of a chore, when you are trying to line up a powerful attack the camera will keep switching the POV whenever you move, thus spinning around disorienting you. Releasing B to try and get your bearings only leads to the camera slipping back to the preset location leaving you with very few options of how to line up an attack unless you have the patience of a saint.

There was a moment when I thought this game was more than redeemable. Perhaps, I thought, it was even good. Marching through the blue cave, I emphatically yelped with each victory earning my right to defeat this dungeon. At first I was a weakling easily destroyed. Now, I was racking up experience as I adroitly navigated my spells and spaces to deal maximum damage.

It was just unsustainable. After repeating the same scenario for the 7th time, the game begins to buckle under its own weight. The grind is all that’s left.

The N64s first RPG was so bad, it was kind of its last one, too.