An array of small things keep it from being great though. 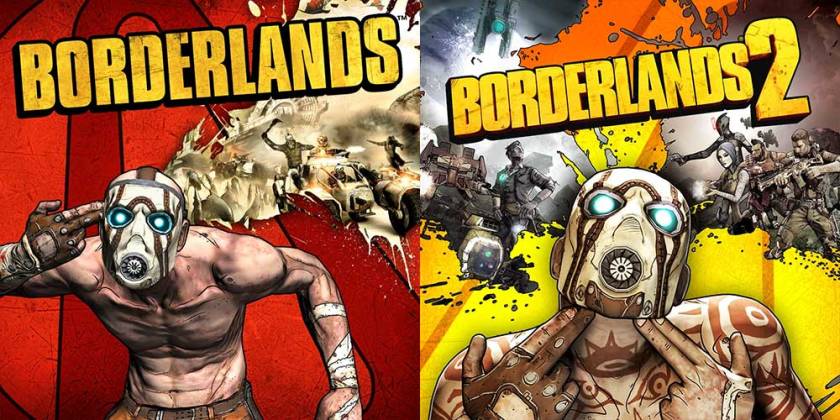 Since I played Borderlands 1 and 2 back to back, it made little sense to try and create two different entries. It makes even less sense given both games are almost identical. Sure, there is a reddit thread for everything, but most of the “differences” are nerds talking about math and skags.

I spent most of my evenings for the past couple weeks co-oping Borderlands with my BF. Exploring Pandora is best done with someone else; I’ve attempted to finish the first installment since 2012 but never had the motivation to finish in single-player mode. I think that’s because while Borderlands is pretty good at world building (I consider Claptrap and Scooter muh friends) the game doesn’t exactly suck you. Everything seems tangential and nothing important, particularly the story.

The game’s main focus is unlocking the fabled vault. These “vaults” are mostly mysteries and myth with the contents being rumored to be immense treasure. Information is provided to the vault hunters via a telepathic lady who pushes you in the right direction. 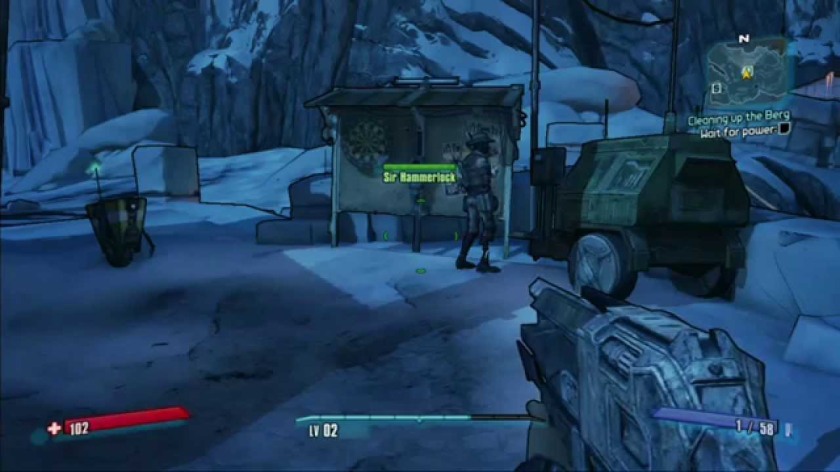 Borderlands is a neat mix of FPS and RPG. Killing enemies rewards the player with experience that leads to skill points to upgrade skills. Then, you can get better at killing enemies to create an infinite dopamine feedback loop! With four classes to choose from, each play through can be a wholly new experience given how varied the techniques are.

In my first play through, I was a soldier class that unleashed a personal turret that provided assistant fire power, health, and ammo. In the second, I was a stealth ninja with bonuses to melee damage. Both required different approaches which made the repetitive nature of gameplay a little bit more manageable.

Bang, Bang. He Shot Me Down.

80% of the game is spent in firefights with 10% for menu navigation and another 10% for traveling. This makes the fights a big deal.

Unfortunately,  the fights are mostly toothless affairs where death is only a temporary respite fixed by a small cash payment. The checkpoints are within a sprints distance of the action, so there is little in the ways of punishment for poor behavior or action. If you run up against a battering ram, just keep respawning and try again: their reduced health will still be there for you to whittle away.

The lack of skin in the game or need for strategy is one of the reasons I felt so disconnected from the world: I was just wondering into areas filled with baddies and mindlessly shot up the place until the objective was completed.

Tell Me A Story.

One venue that could have brought some connection was the story, but I always felt separated from everything that was happening in game. I can’t tell you how many times I’d turn in a quest in Borderlands 2 and have a bunch of characters yapping about stuff I wasn’t into while I was busy managing my inventory and skill tree. Then, the computer would reset my next objective mark and I’d mindlessly go off to the next location without a thought in my head.

Part of this might have been my fault since I didn’t take any initiative, but the game doesn’t require your actual participation. I felt like I was always viewing characters from a space suite with a thick barrier between me and them. My relationship with every NPC was simply transactional: I’m here either to get a quest or complete one.

Traveling can be soooo difficult. The vehicles in Borderlands 1 are so unresilient that a stray piece of gravel can stop it in its tracks. Or how about the font size and distortion of the HUD with co-op? I thought an 80 inch tv was excessive, but I don’t think I could read the stats of some of the guns using the Cowboy 60 yard-wide TV.

If you play, play co-op.