This Movie Makes Me Uncomfortable.

I laughed but there was plenty to make me squirm. 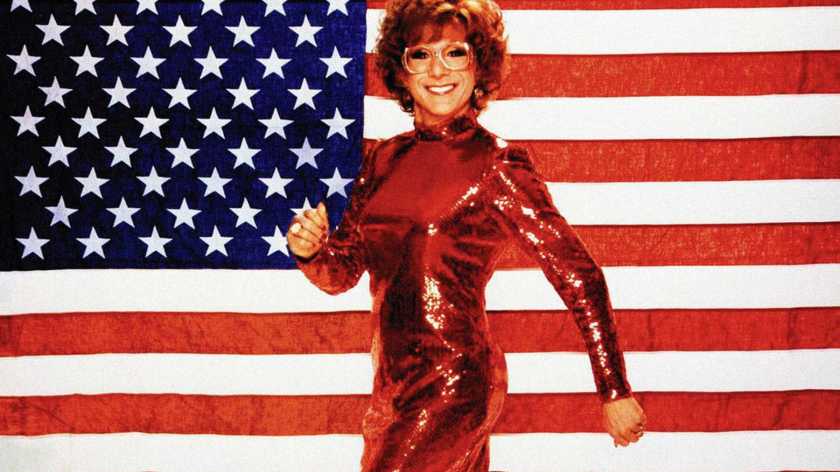 I rarely go social justice warrior, but something in this film made the progressive side of my values light up. Sure, some snide things were said in Some Like it Hot, another classic Hollywood film centered on cross dressing, but that film gets a pass for being from such a distant era. There is no way it should be more cognitive of possible offenses than Tootsie with its 1982 release date.

Well, get ready to cringe.

I laughed enough to enjoy the film (that classic gender confusion humor y’all), but there were three things that made me take pause:  the destruction the main character caused, the attempted rape scene, and how the best woman ended up being a man. 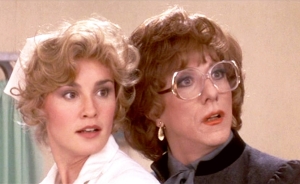 Michael Dorsey (Dustin Hoffman), is an actor out of a job because of his attitude; he fights with co-workers, directors, and hiring agents with his ridiculous opinions. To make ends meet, he is a coach for several local actors. He stays up late one night helping Sandy (Teri Garr), a love interest, practice for a role as a strong woman character for a daytime soap. Sandy doesn’t get the job, but it looks pretty enticing to Michael since he’s looking to raise $8000 to support his roommate’s play (Billy Murray).

Michael not only gets the part, he becomes a national sensation. He ends up in a weird love triangle as he falls in love with his fellow actress Julie Nichols (Jessica Lange), becomes the object of her father’s attention, and still continues a relationship with Sandy.

This movie, on one level, is delightful and guilt-free. It’s a mostly ridiculous romp with the occasional good one liner and overall fun atmosphere. On another, it is quite problematic. I see there being three main problems with the film:

The Main Character is a Psychopath.

The only way a film like this works is if we like the main character; they HAVE to be the loveable fuck up. We must be able to buffer their poor decision making with affinity for them as a person. It’s the only way to put up with the ridiculousness.

Later in the film, there is an extended sequence where Michael, dressed up as the popular Dorothy Michaels, is spending a Summer vacation with fellow costar Sandy and her farther Charles. Charles is a lonely man; he lost his wife and has not been able to find anyone to interest him…except Dorothy. They spend this vacation riding tractors together, spending time on swings in the garden, having talks in front of the fire place.

Instead of a scenario where Micheal has to constantly block his advances comically, he goes along with the charade completely in the most intimate of ways. He’s screwing over someone emotionally and does so in ever increasing steps; it’s very hard to find “funny.”

There is rampant sexism on the set and one of the worst offenders is Michael’s co-star John who plays a doctor. Always trying to grab some ass or a kiss, Michael (or should I say Dorothy Michaels) put an end to his advances which played into his image of being a strong woman. John shows up at his home, forces his way in, and then begins to pin Dorothy down. They are interrupted by Billy Murray’s character coming home just in time.

Michael at some point thanks his roommate for stopping him from being raped, but what makes the scene even more super uncomfortable is that this line is delivered from Dorothy’s perspective in some attempt to be humorous.

It’s a cluster fuck all the way around.

First, attempted rape scenes aren’t comedic. Second, it tries to make light of Michael not being able to disassociate from his character anymore, but does it around the rallying point of being a rape victim which is very distasteful. Lastly, it doesn’t do anything with the actual perpetrator – John goes  free, continues to be a reoccurring character, and nothing comes of the incident.

It was like thousands of the sexual abused screamed out and then were silenced. Eerie.

The Best Woman is a Man.

Woman are just powerless bystanders until Micheal pretends to be one. The rampant sexism on stage starts to winnow, fellow co-star Julie breaks off an abusive relationship, and woman across America begin to have confidence in themselves. Who knew all it required was a man to show woman how to act.

In a movie that shows the plight of woman so clearly, it does an ultimate disservice by making a man be the savior. Every woman character has major flaws: Sandy is whiny, unlikeable, and openly discusses all of her faults; Julia is unsure and a doormat, willing to let anyone do anything. Rita Marshall, a producer for the soap, is the only successfully woman shown in the film, but guess what? She is the most masculine, so it all fits.

A running gag was how woman started to look up to Michael on how to be woman. Peel back the surface and you see how unfunny it is.

I laughed some until I thought too much.