Damn this book is boring. 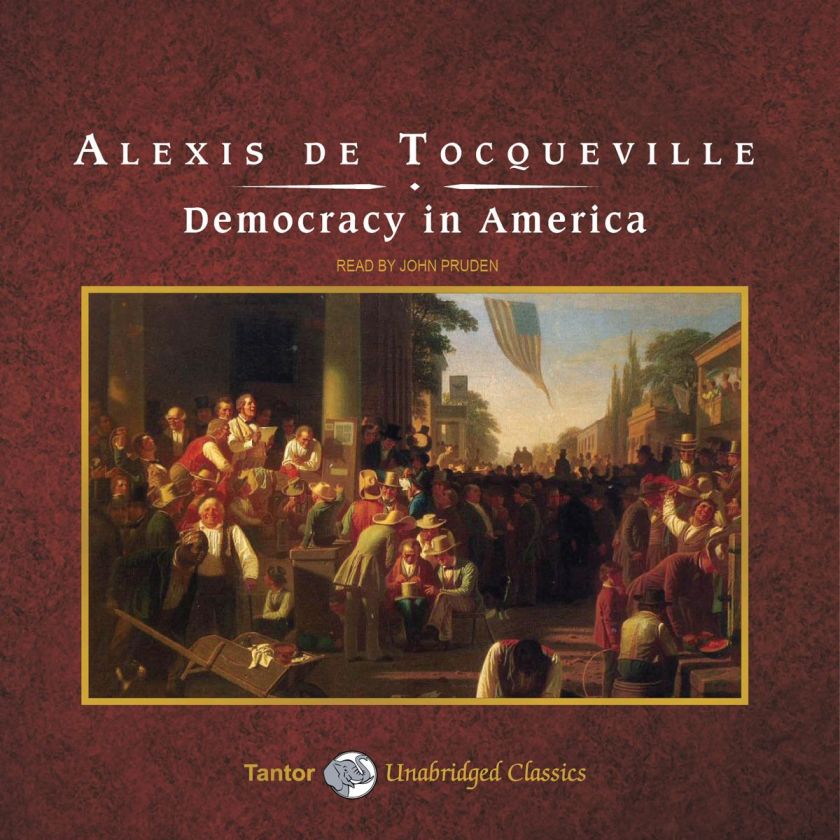 A book written in the 1800s on civics might be fundamental to the profession but it only worked as NyQuil for me. After a long day of work, comparing the responsibilities of the county judges in America to Britain and France wasn’t enough to overcome my quickly rising melatonin levels.

Now its supporters will say there are timeless nuggets found within that are crucial to our understanding of the present. I’d say please give me those in a bulleted list format. Reading through chapters such as “Life in the Township” and “Other Powers Given to American Judges” is a reminder that the pen is indeed mightier than the sword as this book quickly disemboweled me spiritually.

The Frenchman Alexis De Tocqueville travels around the USA for one year in 1839 and decides to write about what he sees.

When reading the edifying type of book, I make sure to highlight and mark important pithy sayings so I can have something to sample. It’s funny to see what I thought was important as reading; usually it’s about 50/50 with half of what I took time to highlight being complete drudge.

I didn’t fare too well here. Maybe I was too distracted learning about the nineteen main officials in a township and their important duties and obligations. Some of the highlights were:

A great man has said that ignorance lies at both ends of knowledge.

Now, that’s actually pretty good and the following paragraphs have a semblance of what I thought this book would be about. Tocqueville goes on to talk about how we hold convictions and what that means for us as citizens of a democracy. It’s a perfect mix of timeless discussion about the human condition and is quite relatable to today.

I admit that I do not feel toward freedom of the press that complete and instantaneous love which one accords to things by their nature supremely good. I love it more from considering the evils it prevents than on account of the good it does.

A perfect defense of the “press” which shows that it is not an inherently pure institution but rather an imperfect one that wards of things that are much more nefarious.

Or we could talk about townships more:

Public duties in the township are extremely numerous and minutely divided, as we shall see later on, but most of the administrative power is concentrated in the hands of a few yearly elected individuals called selectmen.

The “as we shall see later on” parts of the book are where the problems live. The book oscillates between pedantic discussions about political infrastructure (how many judges, the types, how they decide, what they decide, how they get elected, how that’s different than France, why is it different, …) to very pointed observations about human nature and the institutions of democracy.

I needed more of the latter but got swamped down by the former.

If you are having trouble sleeping, this book will do the trick — visit your local library today!