WHY DO I LOVE THIS SO MUCH?

And why are these Eastern Europeans speaking such good english? 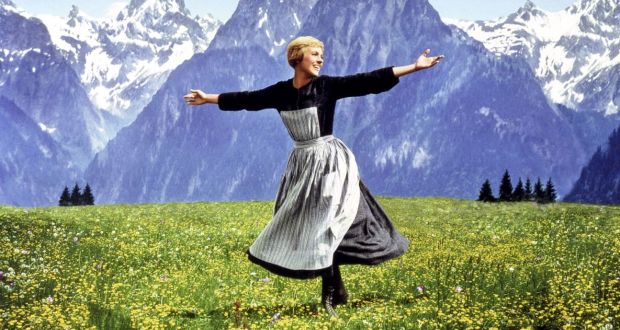 I’m usually pillorying overly sentimental films from Hollywood’s yesteryears. Perpetual Manichaeism, old movies are not only black and white in coloring but their moralizing. Our friends pure, enemies fully evil. Faults within our inner circle are assigned to mistake while other’s transgressions are obviously malicious intent. Who could believe any of that crap?

Then a movie comes a long and smashes my cynicism to smithereens. Damn you Julia Andrews!

Somehow, a musical about whiskers on kittens that takes place in the hills of Austria during the rise of Nazi Germany slipped past my alarm systems. Nothing to see her folks, just a family dancing their merry way out of the reach of the Third Reich. Who cares — I loved every minute of the three hour run time. 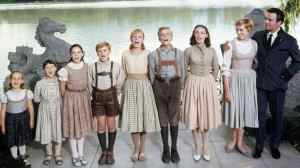 Maria (Julia Andrews) is a wanna be nun who has too lively a spirit for monastery life; instead of making it to mass, she is instead frolicking through the countryside singing songs about hills. The head nun sends her to be a governess of seven local children. Having lost their mother, they are being raised by single-father Captain Georg van Trapp (Christopher Plummer).

Georg’s theory of raising children is discipline, making the kids march to the calling of whistles. Outside of his oversight, they are complete hellions, playing pranks on Maria to try and scare her off. Maria weathers the storm and gains the children’s trust, but she begins to have feeling for Georg himself.

The only problem: he is an anti-nazi in occupied Austria set to marry a baron from overseas. Oh the tangled-webs! 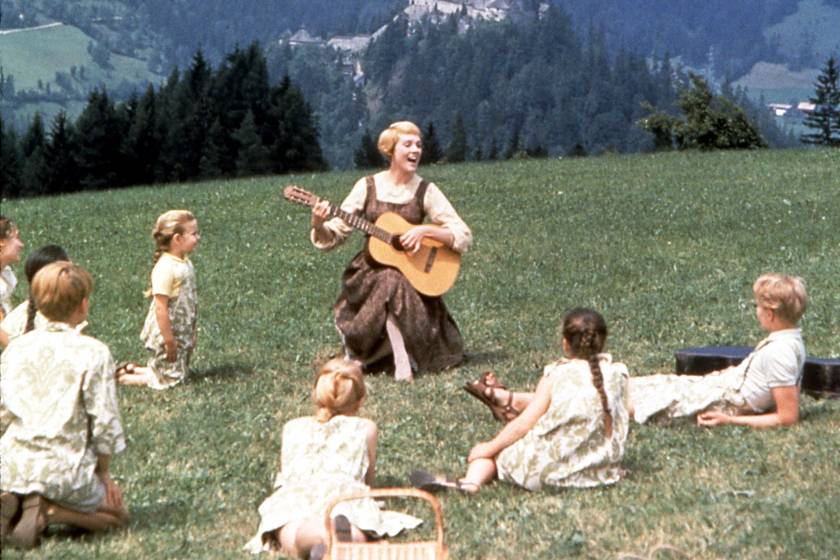 This is a movie I should want nothing to do with.

Christopher Plummer, who is actually in the damn thing, calls it the Sound of Mucous for how overly sentimental it is. It’s full of camp, character types I dislike, and boasts an extended cast of kids which usually gets my blood boiling.

None of it becomes a problem. There are actually a few facets to this movie that make it interesting.

There is no Sound of Music without her because she has the most difficult part to pull off. Maria is a hard-headed, day-dreaming nun who is a bit of a screw up but wears her heart on her sleeve and wants to do the “right” thing. Read that character synopsis again. It’s got that much depth because she actually pulled off the right mood for a character like this.

Maria could have easily ended up being that mystical cousin we all have who enjoys singing during capers to the country side but we would never trust with anything since they always talk about eating only gluten free bread. Julia Andrews makes the character grounded enough where everything else falls into place; she has a sense of duty with unbridled play. 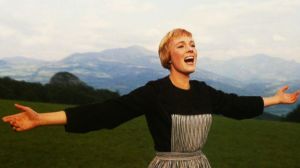 The Music is Really Good.

It’s been my experience that most musicals don’t have enough numbers that are actually…good. It’s kind of strange because it’s a musical. The whole point of the format is to have some rockin’ tunes to progress the story.

Is it too much to ask to want a handful of top 10 hits in a movie? Sound of Music has some of the most iconic musical numbers:

This song is the whole damn reason I ended up watching the film.

I have a tendency to sing this song randomly at any occasion. One person had the insight to ask if it was my favorite movie. When I sheepishly said I’d never seen it, she brought in her own copy. I spent my next Saturday morning from 5am – 8am learning even more numbers that I could bring to table.

Outside of Julia Andrews, you don’t have a whole helluva lot. The father is a place holder, Mother Superior has too small of a part (along with all the other sisters), the Baron is boring, the children of course worthless.  The only other person that brings anything is Max, the greedy Uncle:

Max: I hope you appreciate the sacrifice I’m making.

Captain von Trapp : You have no choice.

He’s unapologetically selfish and provides the necessary humor for a more complete movie. 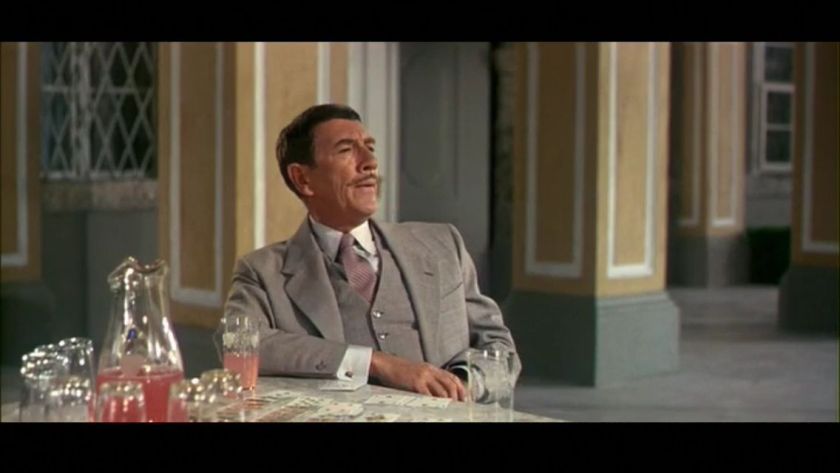 The final twist is that it is somewhat of a period piece. While they took liberties with a true story, it happens in Austria during their annexation by Nazi Germany. This provides the ultimate drama for the Von Trapp family escape and provides the final dose of drama instead of just singing.

I hate myself for loving this.