A Junk Drawer of a Game. 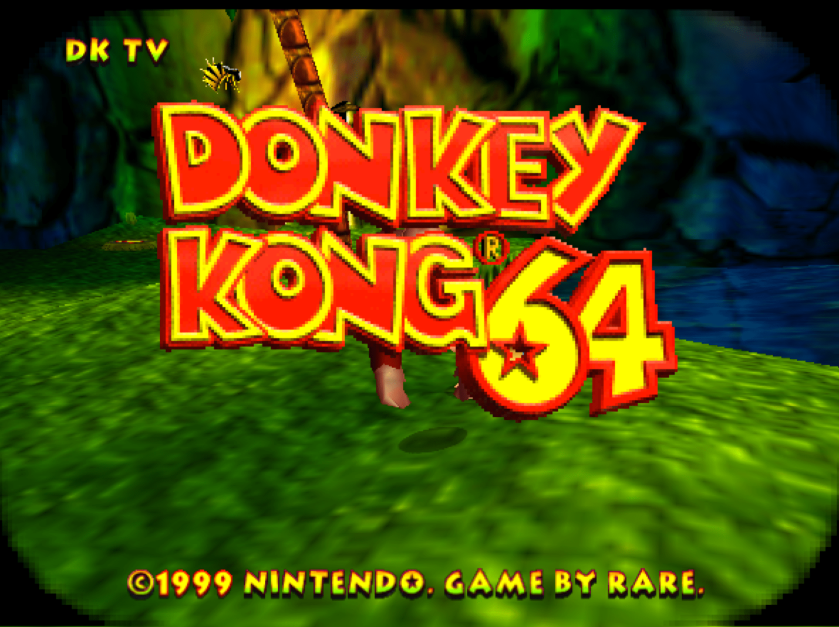 I have a great memory.

For instance, I remember being at Circuit City (a now defunct electronics store) looking at the cover of Final Fantasy X. I just got a PS2 for Christmas, and with some holiday cash, I was bringing home one of the best RPGs of all time. I remember heading down stairs to the basement, putting the fan on high, and thinking — Final Fantasy isn’t going to be around forever — I need to enjoy tis (heavy thoughts for an 8th grader). I got to Besaid Island and immediately hit pause. I sat there and let that song soak into my bones, a memory I can recall to this day.

I can’t recall ANYTHING about DK64 even though I owned and beat it. I do recall a conversation I had with a cousin. She lamented not having the game and was excited at the proposition that one day she, too, would play DK64. Well let me tell you something cousin: I clearly suffered post-traumatic amnesia due to this game. This game’s awful.

DK64 boasts gigantic worlds but with nothing in them — EXCEPT THINGS TO COLLECT. A dimension of abandoned polygons, items spill out over the landscape like the junk drawer in your kitchen. To make matters worse, items are color-coded to match one of the five kongs you control. Not only do you have bananas, you have red bananas, purple bananas, yellow bananas, blue bananas, and green bananas. Not only do you have coins, you have red coins, purple coins, yellow coins….

This permutation continues, creating a situation where you constantly switch between the Kongs through backtracking barren worlds to collect the appropriately colored item. DK64 is not so much about puzzles but errands. The most important skill to succeed is not your intellect or problem solving but your memory to recall the location of discrete bands of color-coded objects.

King K. Rool captures Donkey Kong’s friends and his bananas. Again. Sweet mother of god, why does this keep happening?

First, let’s get this out of the way:

There is much to dislike about this game, but I feel like I’ve already vented too much in the introduction. So let me see if I can sum this up quickly.

Donkey Kong’s Homeworld is akin to a nightmare: it is a garbled stone that resembles his face that contains several universes within itself. Nothing about it is continuous. Temples, boulders, and trees all project from places they should not, creating an inconsistent “world.” Somehow with the power of 3D, Rare made a game less congruent than a side-scroller.

All-time worst camera. I have recently replayed Banjo-Kazooie and Super Mario 64, and nothing compares to this piece of garbage. Walking in a straight line becomes an unmanageable feat. While you can press “R” to have the camera directly behind you, this is only a temporary fix as it immediately adjusts after a jump. When entering a world, the camera doesn’t  span out on the landscape. Instead, it directs itself back at the user coming through the door. Wholly counter-intuitive, I ended up exiting worlds just entered due to the camera.

Each Kong has its own ammo, skills, special moves, bonuses. What should be a cool interlocking of problem solving (using the Kong’s strengths to accomplish a task) never becomes realized. The goal here is simply to walk around as one character collecting us much as possible, and then switch to another repeating it all again. Eventually, one of those kongs will open up a “new area.” Then, you repeat the cycle, collecting as much as possible with every Kong until another area is opened up.

I recently played Super Mario Odyssey for the Switch. Carrying on the legacy of a collect-a-thon, that game was exceptional. I wanted to collect as much as possible due to the puzzles being fun and there being an arching theme. Donkey Kong N64 is just a hastily constructed Banjo-Kazooie game with different costumes. It’s completely superficial — nothing (outside of the humor) has any depth.

I’d rather collect soda cans out of dumpsters for a living than play this.