There is some to like, but I never would want to watch it again. 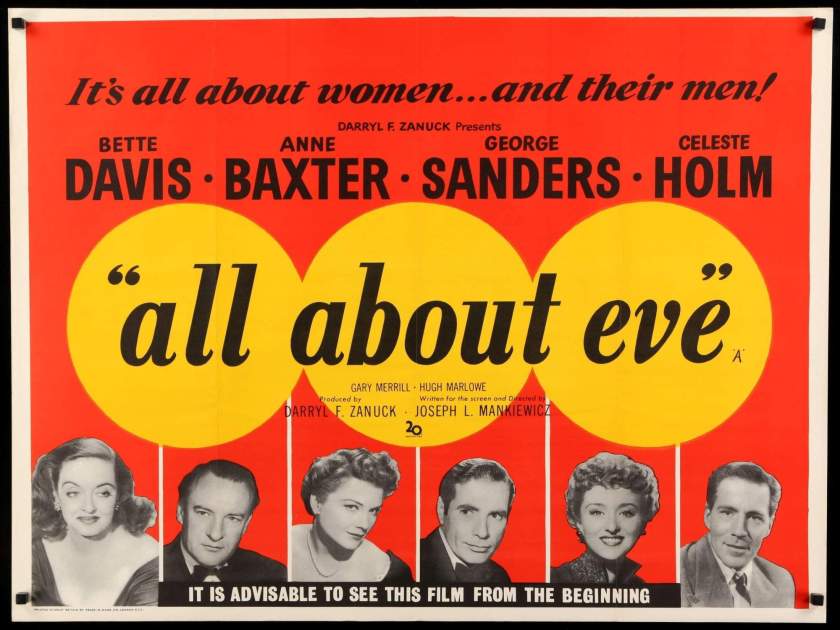 On a recent podcast on The Knowledge Project, Thomas Tull mentioned something that is very true: we no longer rewatch movies. Since there are so many entertainment options on-demand, it’s no longer like the VHS/DVD years where we memorized every line from our favorite cinema (I easily know the entire script for Muppet Treasure Island).

So with that as my backdrop, I watched All About Eve. Sure, it’s a witty movie and does a couple cool things. But, would I ever rewatch it?

No.  This movie just doesn’t do enough to warrant another peak.  Sunset Boulevard, forever compared to All About Eve due to being released the same year with similar themes, is a much more complete film. That plot is intriguing, and there is no way to know exactly how it will resolve itself.

All About Eve is the opposite — we see what’s happening from a mile away. The dialogue is superb, even laugh-out-loud funny, but without any suspense it comes across more campy than it already does. One can only live through so many theater references before it becomes cringe.

The movie starts with the end. They are at an award ceremony for the best talents in theater. The narrator, film critic Addison DeWitt (George Sanders), explains the lay of the land. One by one, he lists the most important characters with all their faults and disappointments. He finally gets to Eve (Ann Baxter), the recipient of the best actress on broadway. She was a complete no name just recently before. How did she rise so quickly to fame?

The rest of the movie is a deconstruction of past events from all the major players involved, beginning with Eve just as an adoring fan of her idol Margo Channing (Bette Davis). 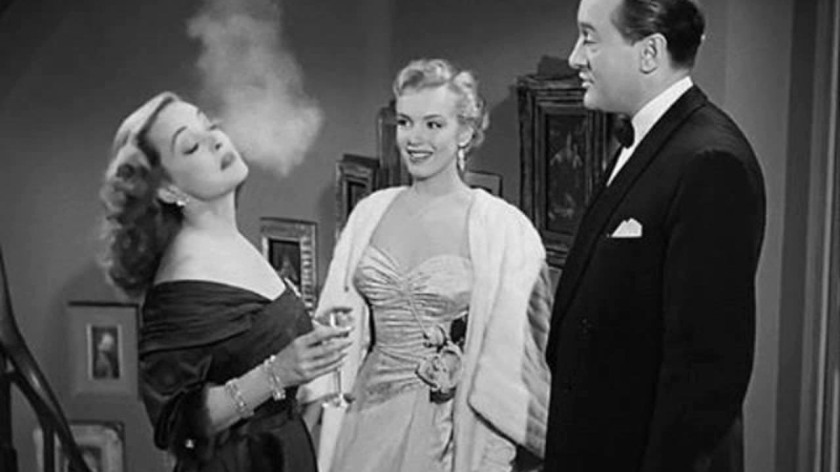 I get why this movie is adored. Each character plays their part to a T, and even though I knew what was going to happen, I still wanted to spend time with everyone. This is mostly because of the pretty sweet dialogue. Thelma Ritter, wonderful as always, has some of the best one liners through her character Birdie:

The rest of the cast are self-centered and histrionic — exactly what you’d expect from a bunch of theater folks. The only problem: I avoid theater people. Ever since seeing them in action at VCU, I’ve always tried to keep my self a restraining-order distance from people who pretend they are ALWAYS on stage.

Some of the dialogue is virtue-signaling how refined they are, so expect plenty of references to Lord Byron, Shakespeare, and other playwrights/poets/authors. It often comes across as pretentious instead of campy.

Lloyd Richards: The atmosphere is very MacBeth-ish… what has, or is about to, happen?

The major problem I have with the film is the plot and ultimately hackneyed conclusion. Very early one, we realize that Eve is not so innocent; she created a fake back story to meet Margo and insert herself into theater life. Slowly, she creeps into the upper crust using conniving methods. All of its foreshadowed. None of it mysterious.

Thus, we are just a bystander waiting for the bridge to collapse. We have a few questions (Will Margo succeed in the power struggle or be lost to the bone-crushing machine of theater? Will Eve be successful in her subterfuge or will she get her comeuppance?), but most of it’s out in the open. The one mystery was the resolution, and it was awful.

Attempting to come full circle, Eve finds an adoring fan in her hotel room after winning the award. She’s a young girl sweet talking the biggest lady in broadway doing exactly what Eve did to Margo. Meant to be some revelation, it was more of a cop-out. That kind of ending takes ZERO thought. A storyline that was already predictable, weak, and thin became a Chinese lantern in a hurricane.

Eve, a plotting and cynical conspirator, easily taken in by her own tricks? It’s just not credible.

I get why some like it, but I really don’t.