I Hated It…UNTIL I LOVED IT!

Kirby almost pulled a fast one one me, trying to make me think this game sucked.

For my fellow friends who have a SNES Classic, none of them understand this game. When you first log in, you are greeted by an office bulletin board with various posters hanging up. Each poster represents one of the “eight” games advertised on the cover. Some of them are extremely short mini-games that are worth maybe 60 seconds of investigation while others are more traditional Kirby but still insanely brief.

Thus, it’s possible to pop into Kirby’s universe, bounce around for a little bit, and then exit unsatisfied having frittered away your Saturday afternoon. I was feeling the same way as all my buddies until everything changed: The Revenge of Meta Knight, a goofy, plot-centric mission to destroy an airship leads to good, wholesome fun. After that, I imbibed everything this game had to offer, just like Kirby → → → <(“<)

Sometimes, the moon and sun get into a disagreement and you have to fix it. Other times, there is a famine due to King Dedede stealing food and a big bird who pecks at the crops. All times, you are a cute and adorable puff ball with some weird idiosyncrasies and predilection to swallow things.

I love Kirby to an unhealthy extent for a 31 year old male. I never gave him much thought until now. Some people may think of world leaders when using the phrase “cult of personality.” Instead, I think of my new found spirit animal Kirby. He’s slightly upbeat, quirky, has a solid sense of humor, and enjoys a good adventure. The colors, animations, and hell, even music, is undeniably Kirby:

A Youtube comment on this video: “the music that plays when your STD test comes back negative.”

So what makes this game such a difficult sell in the beginning?

The game is a beginning to end a romp of Kirby humor and style. It goes unappreciated in the beginning though because the start of the game is so directionless and unrewarding.

The measly mini-games are all different degrees of worthless. One is a reaction time test disguised as a samurai duel. The other is an eye-hand-coordination challenge where precise and accurate inputs allow you to punch the planet so hard that it cracks in half. Both completely Kirby in content but only demand a cursory interest.

The early “full-length” modes do not fare much better. They are complete cakewalks that don’t require a thought in your head or dream in your heart. Over in a blink of an eye, it’s easy to wonder what the point of this “game” even is. Then it begins.

The Revenge of Meta Knight is all together something different. Now here is a story worthy of attention: Kirby, a perpetual optimist, leads a one-man attack on the Halberd, a massive airship. Meta Knight’s crew provide commentary throughout the entire sequence. They all score high on neuroticism. This makes it immensely fun to spoil their self-assured plans time and time again.

This mode also adds a countdown clock. When the crew says that “he’ll never catch up,” there is a certain truth of possibility to that claim: if you take too long, you will lose a life and have to start over. This provides necessary tension and increased difficulty that the previous vignettes were missing.

Beating this unlocks additional storylines that continue to get better and better. Each one adds a certain twist to the gameplay. In one particular instance, you can no longer make copies of enemies and instead have to find trophies if you want to use different abilities, completely changing the tactics of the game. This either increases the challenge or at the very least makes things interesting.

One of the unique side games is exploring a dungeon that has 60 hidden items. Each item is worth a certain amount of money and the goal is to get the highest score you can and beat the final boss within your allotted amount of lives. While the beginning is quite linear, the backend is a myriad of doors and pathways that would take some dedication to completely find all 60 items (I think I made it to forty and found the final boss by mistake which ended my endeavor prematurely). If you like puzzles, this is the Kirby vignette for you.

SO cute and SO fun. 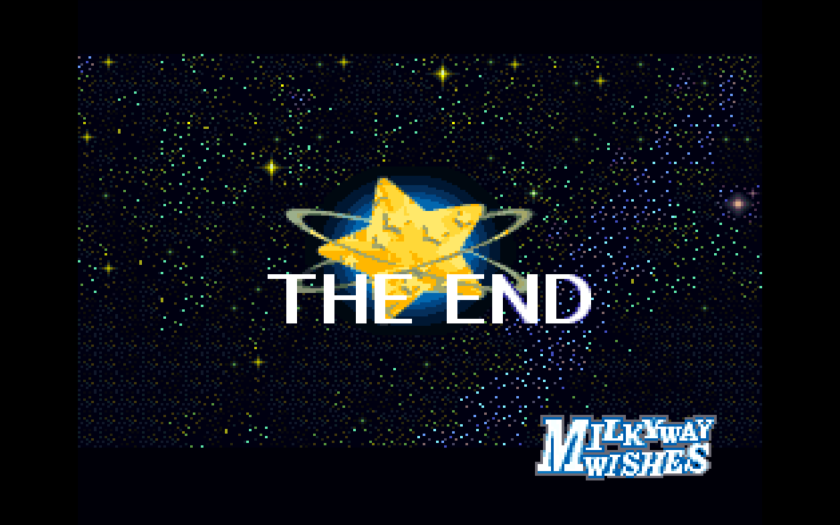