Lovable Even With The Rough Edges. 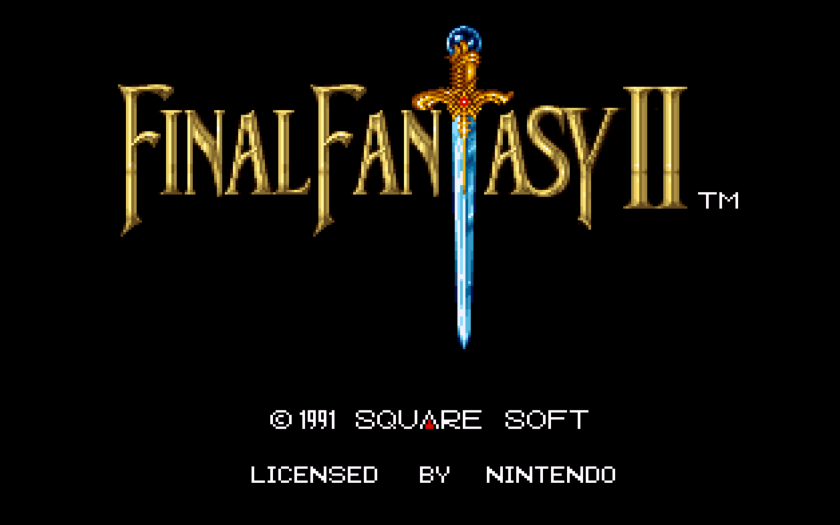 There was a lot you had to put up with to get through a role-playing game pre-90s: convoluted menu systems, unknown item/spell effects, poor inventory management, requisite level grinding. It’s amazing any of us thought those games were “fun.”

Final Fantasy II/IV for the SNES is where story telling became the center point for role playing games, and it attempts to shed some of those harsh old-school elements. This game is still very unpolished, but there is something endearing about all the mistranslations, odd programing, and strange things found within.

You play as Cecil, the Dark Knight and Captain of Baron’s Red Wing Army. Your mission is to collect the crystals from surrounding kingdoms, but Cecil starts to question his superiors. Because of this, he is stripped of his title and sent on a mission to a local village. Little does he know he was being used as a pawn to annihilate everyone found within.

Cecil officially vows to reform himself after this to make up for his evil deeds by putting a stop to his old Kingdom Baron. Along the way, he meets mages, ninjas, and soldiers all willing to follow his lead as everyone begins to learn that there is something much more sinister to Baron’s plans than first realized.

This game was simply ground breaking; the problem solving found in all subsequent turn-based RPGs can be found here. Need to get past a monster that is reflecting magic? Well, just use reflect on one of your own party members and bounce magic off your allies! Have multiple bosses that keep regenerating even after death? Well figure out the particular sequence you need to kill the components in!

I think it is easy to take this stuff for granted. I remember this game giving me fits in 1992. If you have played a video game in the past 20 years, however, you’ll find this an easy romp with nothing to stop you. That’s because it was all first done here.

The story also does just enough justice in 2019: when everyone comes together to save humanity, it implores you to continue because you have somehow become attached to the pixels. The music is top-notch and makes your spirit swell even more. I just went on a hike over snow covered mountains this weekend, and I just couldn’t get this song out of my head when doing so:

The best part of this game, though, is how unpolished it is. Instead of everything working like a well-oiled machine, there are a few things that make it…odd. I find this the most charming aspect.

There are quite a few random elements to an RPG, but in Final Fantasy II/IV the berth of possible numbers is way bigger:

Spells and items are presented in ridiculous shorthand due to space reasons. Meteor is the most coveted spell in the game, but it is only spelt as Meteo. As a 2nd grader, I thought the magic that rained hell-fire down on enemies was pronounced MAY-TAY-OH until my neighbor told me how stupid I was.

And who really knew before the internet what half of any of this stuff did? The most powerful white spell in the game is called….white. The thing that makes you go “berserk” is spelt BERSK.  Is the spell sight used to cure blindness? Nope. It helps you see more of the map (which was probably a great find).

Best part: the game tells you nothing. Just figure it out.

For a game that doesn’t let you select your party, it sure does enough shuffling for you on its own. People come and go like crazy: Kain, Tellah, and Yang all leave and join your party multiple times; others, like Cid, Porom, Palom, and Edward join it once and then leave forever; you even have a lunar martian (I know this isn’t possible) named FuSoya for a period of time.

The most interesting aspect of this is what they have to do with Tellah. Since he learns Meteor (pronounced MAY-TAY-OH) way too early for story reasons, the game has to cap his MP so you can’t use it. This makes him completely ineffective as he runs out of MP so quickly, kind of neutralizing him as a character.

This game has lots of translation oddness. Instead of being threatened with being sent to Hades, the boss tells you it’s “the hades” to differentiate it from the the other one. Of course, the mother of all odd translations is found in FFII for the SNES where Tellah yells the following pejorative at Edwards:

You can be turned into a toad, piggy, or midget by monsters adding a little bit of Mother Goose flair to battles. Monsters drop items that are so random such as the Imps and Mages that leave behind the the ability for Rydia to summon them, except they are so weak it isn’t worth it. Nothing like picking up the bandanna in the next to last dungeon when that would only have been useful six hours previously.

A delightful RPG. It’s a bit hackneyed and takes till the end for you to really become invested, but isn’t that like most RPGs?