The NES Tries to Steal Perfection From Me Again.

Why can’t things just be good and wholesome on this devil of a system? 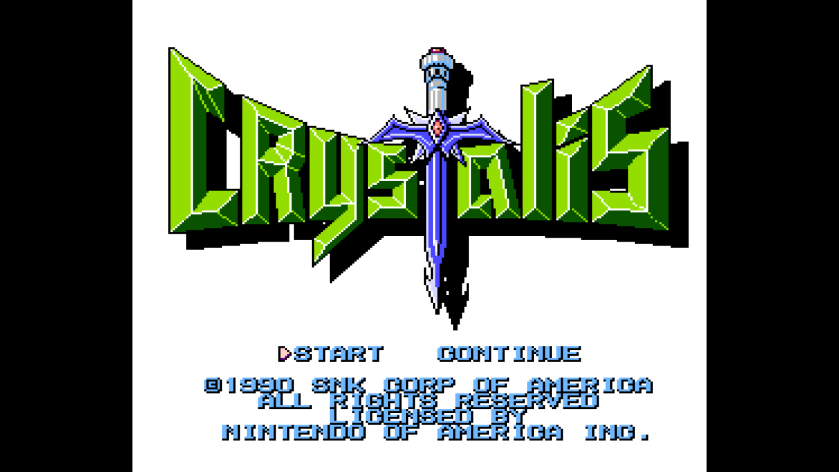 I always start these games with the best of intentions: no guides, embrace the grind, willing to flounder. The drama of these games are in the struggle, and if you run to a walkthrough at the first moment of adversity, you will destroy anything these old games have to offer. The joy is figuring out the puzzles both via your own skill and serendipitous discovery.

Crystalis started as the type of game you do these top 100 lists for: a complete joy of an unknown. The graphics, mechanics, and puzzles are an addictive pull to do more. It was an instant favorite, but then came the moment that happens in every NES adventure/puzzle/RPG — the inscrutable puzzle with no hints and no logic but is required for you to continue. Thankfully, it survives this moment and avoids the NES’s ultimate desire to make every game unenjoyable.

The world is destroyed on October 1st, 1997, otherwise known as END DAY. You are released as a cryogenically frozen protagonist 100 years later. You have some characters that help you, but they all look the same and don’t have any personality or purpose.

Let’s do this the good, the bad, and the ugly style.

There is a lot going for Crystalis, and it makes sense why it is such a cult favorite. It captures the spirit of adventure so well: there is never an area you don’t want to scour, and the game rewards you for your extra efforts. The graphics are gorgeous for a 1990 game, so there are plenty of different palettes to keep your journey interesting. The battles are a combination of melee with charging projectiles and was interesting enough to keep things chugging along.

There are many items in this game but only two buttons on the NES. With mapping magic and special items to the same button, magic always overrides the other. To make matters worse, this game gives you no clue of what any item or equipment is for. When it was time to use a special item to solve a puzzle, I didn’t even know you could use special items — I thought just equipping them made their effect. The only way to come across this is to have your magic unequipped completely which there is no reason to do so.*

*So much for not using a walkthrough.

Somehow, I was able to get through the entire game without a guide (the button mapping instance notwithstanding). Maybe this is what makes the penultimate boss such a sucker punch.

After about thirty minutes of hacking and slashing, I knew something wasn’t right, so being fatigued, I ran to the interwebs to solve my dilemma. Oh, you have to use a special item to make him turn into his true form so you can defeat him. After that, I find out in his true form I can’t hurt him. What’s this about? Oh, you have to find the special power ring hidden in the middle of the oasis cave and only level three lightning attacks can hurt him.

You know nothing about any of this.

The game tries to alleviate the typical classic RPG problems with giving you the spell telepathy. With this, you can talk to your four wisemen and get some insight of what to do, where to go, and items to be on the lookout for. It was a refreshing break from the Zelda II method where you just….die.

For some reason, the wiseman don’t mention any of this and neither do any townspeople. The amount of planetary alignment to solve this one is just too much to overlook: finding the power ring would almost be impossible itself as it is nestled deeply in the a labyrinth-imitating structure; you already got a major item out of said location, making you think you are done with this area; you could only infer the power ring increases your battle power, not necessarily allows you to damage the penultimate boss; then to successfully kill the boss you can only use one particular attack out of the 12 available.

Give me back one of my stars for this rating.

Crystalis escapes the NES cesspool of frustration by only having one instance of incredulous problem solving. The rest is bliss.