Spielberg uses all his blockbuster techniques which occasionally go too far. 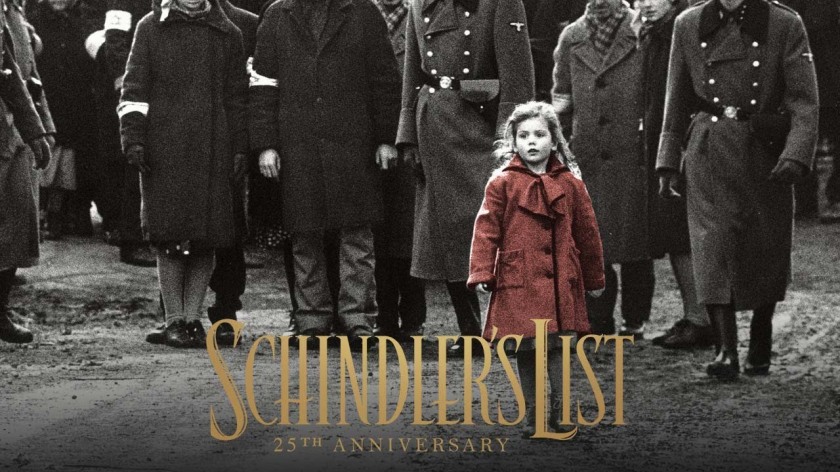 Presented in a black-and-white documentary style, Schindler’s List is meant to capture the true essence of the horrid holocaust. The goal was to make this as real as possible; this isn’t just some story, but a an actual event that affected all of humanity. The holocaust offers plenty of real examples of humans at their worst. Just replaying the instances of complete barbarianism would have been enough to devastate.

Spielberg takes it one step further; he tugs on our heart using narrative and plot devices that could have easily come from his other blockbuster films. These Hollywood maneuvers are at odds with wanting to create that pure narration of a historical event. Some scenes, gut-wrenching enough on their own, become too staged and the realism melts.

Even with this, it is still a beautifully impactful movie and an important film for its historical significance.

Oskar Schindler (Liam Neeson) arrives in Poland shortly after the Jews have been forced to live in ghettos. He greases the palms of the Nazis within the administration to open a business in town. He recruits the help of Itzhak Stern (Ben Kingsley), a Jew that has experience running large businesses. Between the two, they create a deal for both parties: Schindler gets cheap labor and Stern gets to save Jews by marking them as essential workers.

This all changes with the arrival of Amon Goth (Ralph Fiennes). A member of the SS, he is in charge of building a concentration camp. He liquidates the ghetto and ruthlessly kills without reason. This begins to interferes with the agreement between Schindler and Stern. Originally, Schindler did not want to get morally involved, but after seeing the atrocities of the concentration camps, he begins to have second thoughts.

The rest of the film is focused on the power struggle between Goth and Schindler as Stern tries to hold the Jewish community together.

This movie is quite a bitter pill. It is quite awful that we (re: humans) are capable of such cruelty. It’s amazing that Spielberg was able to work on this film concurrently with Jurassic Park. Both of those would come out to much acclaim and couldn’t be further apart form each other in subject matter or purpose.

There is a thread that ties them together, though, and that is Spielberg’s creation of suspense. This was nothing new for Spielberg — he’d been making blockbusters for decades and was the master of moments that will stick with us forever.  Schindler’s List is no different.

Use of Color & Imagery

For a film shot in black and white, there are a few instances where color makes an appearance. The film actually opens in color with a Jewish family within their home. The shot focuses on the candles on a table as everything turns to black and white except the flame of those candle. It burns farther and farther until it extinguishes. Then, it quickly switches to a smoke stack billowing out fumes.

A burning flame often represents hope. We begin the film right as hope burns out and a scene that reminds us of the smoke stacks of the concentration camps. It is a deftly executed foreshadowing of what is to come.

The more famous use of color is the jacket of a girl. Schindler sees a little girl escape the ghetto massacre, and she is brightly identified with her red colored jacket. Later in the film, we see this same girl on top of a limp pile of dead bodies.  We needed a reminder of the individual at this point — that pile of bodies is no longer a tally of numbers, but a little girl you rooted for earlier.

A Little Too Much

There are a few times where I felt that the Hollywood magic went too far. There is only so much emotional manipulation that needs to happen with the holocaust and some scenes were just too much.

Amon Goth was a real, historical figure and seems to be worse than the movie portrayed him. As the overseer of the Plaszow concentration camp, he is quoted as saying “I am your God,” to his prisoners. He directly/indirectly murdered thousands. In 1946, he was executed for war crimes.

At one point in the film, Spielberg tries to create suspense by making it seem like Goth realizes the error of his ways. After a talk with Schindler, he softens his stance towards the Jewish prisoners. During a talk with his Jewish “girlfriend” that he keeps confined inside his house, he starts to sway in the direction of letting her leave. We believe he is now going to treat everyone with dignity regardless of race, creed, religion, or gender.

Nope. He quickly turns to his sadistic ways, by beating up his love interest and executing a child via sniper shot because he didn’t clean his bathtub well enough. Not only does it not fit the reality of who Goth was, it wasn’t necessary — with all the maniacal chaos, there was no need to throw out a failed redemption plot line. It felt slightly cheap, and I didn’t appreciate it. 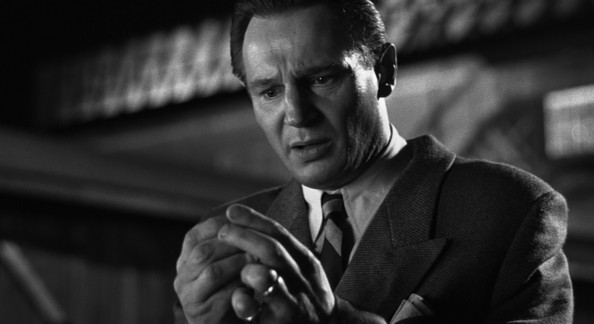 The same goes for Schindler’s breakdown near the end of the film. The scene began powerful: he is surrounded by thousands he saved, giving him a ring made of dental gold saying “He who saves one life saves the world entire.” Schindler begins lamenting the fact he could have saved more people if he wasn’t so greedy. We feel for him deeply in this complicated moment.

Then, he begins to point and list each possession he owns and how many more people it could have saved. He continues to wail, creating an itemized receipt of what could have been. The scene drags, turning from a moment of emotional catharsis to exhaustion — enough already!

Spielberg succeeds in creating a film that can also dual as a documentary for all the atrocities that occurred. There is an air of historical gravitas that accompanies the film. Yes, it can be overly emotional, and I felt that the intentional manipulation of the audience wasn’t needed — we are talking about the Holocaust! Even with this, it’s still an impactful movie, and with so many millennials not knowing details about the Holocaust, maybe it even should be required viewing.