I finally came around to enjoy Prince’s socially conscious and eclectic album. 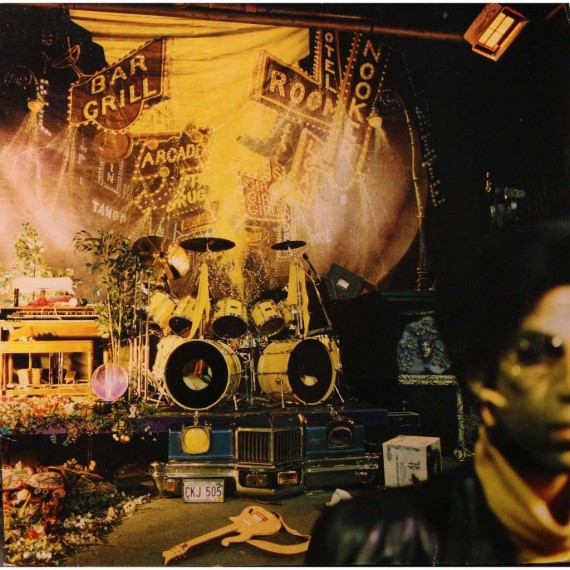 Taking a look at the track listing, I recognized one song. This made me real excited. I loved the albums Purple Rain and the Love Symbol, so if this was going to be somewhere between those two, I knew it was going to be awesome.  The space between the best, undeniably great songs on this album (track 1 and 13) was so vast it felt like mostly filler. I was so deflated.

It’s been around a year since I downloaded it. Somehow giving it tries at random intervals finally clicked. I still wouldn’t say this is grand material (and I would quickly recommend other albums in front of this one), but it’s a much better album than what my previous self would have considered.

Prince created back up bands that assisted in creating more intricate music: The Revolution and New Power Generation. While the NPG would show up in the 90s, The Revolution was with Prince through albums 1999, Purple Rain, Around the World in a Day, and Parade in the 80s. Prince was notoriously hard to work with, so there are more than enough stories to go around about his antics towards his “lesser” band members.

The plan was to do a big album with The Revolution under the supposed titles of Dream Factory, Camille, and Crystal Ball.  While it went through many iterations, it ultimately never coalesced into anything. The Revolution disbanded from Prince, and he released Sign O’ the Times which included music that was recorded over a five year period starting in 1982. Maybe this is the cause of the disparate sounds you find: funk, soul, rock, electronic, and the unclassifiable.

Considered by many Prince’s magnum opus, it received much acclaim being nominated for Album of the Year. While Purple Rain broke the bank, Sign o’ the Times was more avant-garde, progressive, and challenging.

*Prince wrote everything except with some help on these songs.

[BEST TRACK: I Could Never Take the Place of Your Man]

This song deserves to get more love. Not only does it tell a killer story and brings you along in an upbeat fervor, I find it to be one of the best examples of Prince’s talent for song-writing.

The album starts with its titular track. An oddball of rhythm and composition, Prince none the less makes it work. In particular, his lyric writing is on showcase here, using twists of phrases that just pull you in.

In France, a skinny man died of a big disease with a little name
By chance his girlfriend came across a needle and soon she did the same

Dr. Suess has more concrete stories than this. I literally have no idea what a single line of this song is about other than a listing of real and fake foods to start your day. Part of me wants to go hop on genius.com to find out, but I want to leave my relationship with this song as is.

Starfish and coffee
Maple syrup and jam
Butterscotch clouds, a tangerine
And a side order of ham

If you want to throw a house party that’s an infusion of a step team and a marching band, Housequake might be a good start.

“Did you hear Prince was a Christian?” was a popular narrative when he passed away in 2016. For anyone who knew his songs, there was no surprise as there are many examples of Christian influences (i.e.: 7 was about the seven deadly sins). The Cross is, dare I say, a decent Christian Contemporary song.

As alluded to earlier, the songs Sign “o” the Times and I Could Never Take the Place of Your Man are definitive hits. The problem is all the stuff in between. There are some good songs that front end the album, but there is quite a travass to make it to the end where more enjoyable music lurks. The songs in the middle are not bad, per say, just not memorable.

I’m glad I gave this album some time. No, not every song is a must have, but this eclectic mix does show you the range of Prince. If there is one takeaway from this album, it is Prince always accomplishes one thing: being himself.