This game’s puzzles are so easy you can use them for consciousness screening. 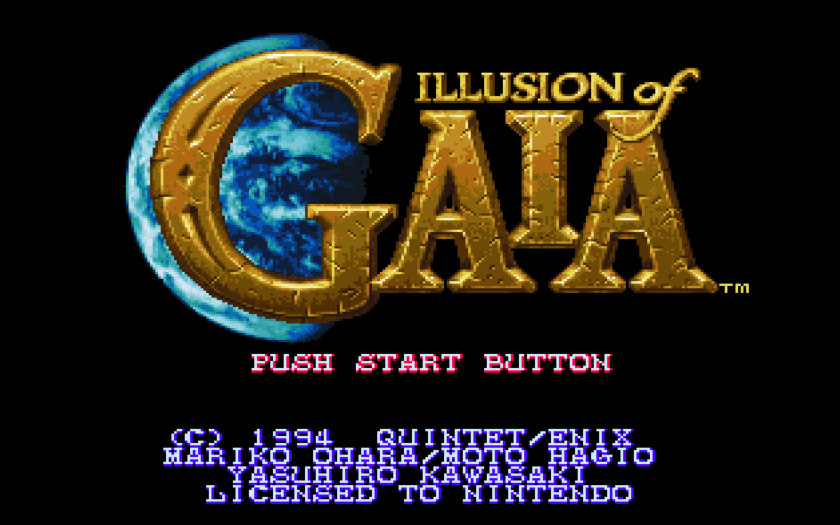 Playing Illusion of Gaia is like having an intense dream. The game is easy to play subconsciously, and the story doesn’t have any concrete sense of cause and effect; you will be whisked away randomly from desert to sea to land simply because a NPC says “off to ‘so and so’ next!” Anyone who is more sentient than a ham sandwich will be able to thrive.

The story has several pieces, but none of them fit together.

You have the classic hero saga where the protagonist Will leaves his village to save the world. This leads to him collecting mystic statues. We then learn of a comet that has been preventing human kind from evolving to their highest status. Will can shape shift for some reason into other forms. By coincidence, a fellow NPC that has been in the party is the very “Light Knight” needed to create the weapon needed to destroy the Dark Gaia — convenient! Oh, and the comet comes back periodically throughout history.

It ends with the characters, not knowing each other because their memory is erased, in a modern setting leaving school together. Oh, and yeah: the world you were playing in was really a previous version of the world we live in today (like actually live in).

None of it makes sense.

So the story is a bit of a scrap heap. It’s hard to get excited to collect mystic statues from miscellaneous locations when none of it builds on one another: go to location A for statue A; go to random location B for statue B; go to bizarre location C for statue C; etc.

The game struggles on a puzzling/fighting level as well.

The game has only a few moves: slash, defend, and some power moves. The power moves add some variety, but they are mostly to add a wrinkle in the puzzle domain. For instance, one special move allows Will to slide into openings in walls. Will also has different forms that have their own special powers. You need to coordinate these different forms and moves to get to pervious unaccessible locations.

If only the game didn’t make it so easy. At any point you need to switch characters, there is a portal to do so, thus cluing you in that you need to switch characters to proceed. Any road block is less than momentary — everything can be solved in 10 seconds or less. And if this wasn’t easy enough, the game will help you out with extra clues like this:

You know, this is probably almost a three star game, but I couldn’t give this game the same rating I gave its predecessor Soul Blazer. That game had the same issues (repetitive fights, junk story, easy puzzles), but had an amazing concept — by defeating enemies you freed souls of the town’s people Then, those people would help you out with items and goodies. There was a sense that your actions mattered.

That’s just not true of Illusion of Gaia, and there is nothing else to hold it up otherwise. 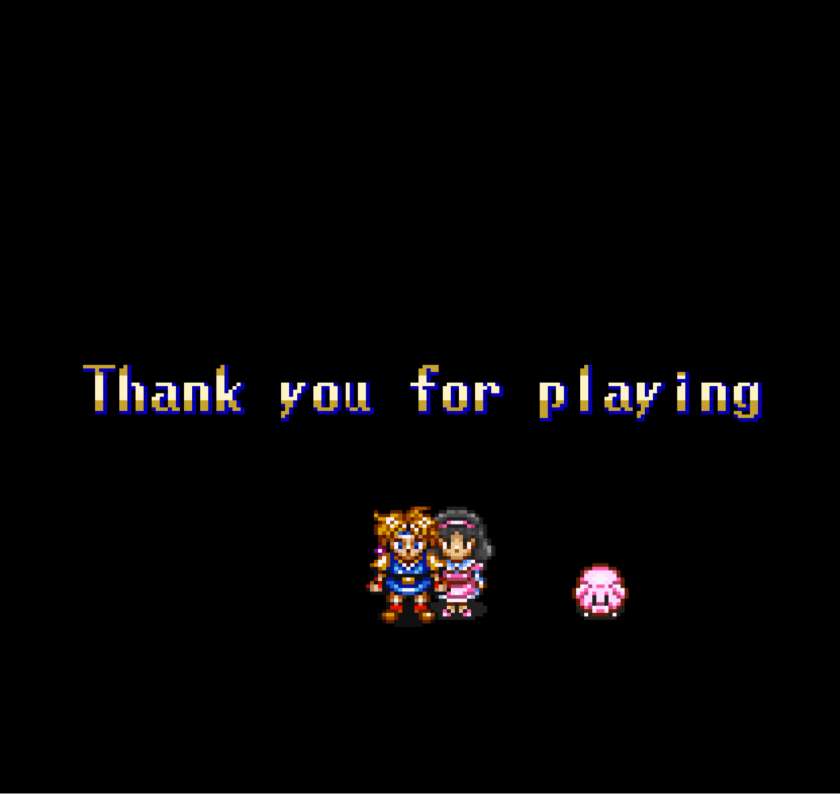