One of those rare albums where almost every track is a triumph of song writing perfection.

Rolling Stone’s Ranking: #67/100
Grammy: Song and Record of the Year for “Just the Way You Are.”
My Rating:

Billy Joel intertwines with my coming of age. I found a 2-disc greatest hit collection in the streets of Richmond, VA when I just got my permit to drive — it didn’t leave my driving music rotation for years, and Goodnight Saigon become an anthem between my friends.

When I saw this track listing, I new most of the material with 6 out of the 9 songs being “Greatest Hits” material. Seeing the songs in their natural habitat on “The Stranger” along with the other solid material is almost unthinkable: how did someone come out with this much good material at once?

This album was a collaboration between Billy Joel and producer Phil Ramone, someone who received recognition for a variety of roles in music production. It is said this pairing is the reason for the success of the album. The team continued to have hit albums together for the duration of the 70s and 80s.

While far from a concept album (there is no overarching theme), each individual track is a vignette that is tied into the others by the distinct style of Billy Joel. This allows the listener to start each track as if they are reading a short-story collection, placing themselves easily into whatever mood is being projected.

This was hard to choose, but I decided to go with the titular track. What makes the material on “The Stranger” so good is how each track has multiple lives. It opens up with whistling and touching piano music. This gets replaced with an electric guitar and percussion giving the song a staccato attitude and edge. The bridge returns to a slightly sweet arrangement like the opening, changing key and becoming more legato and smooth. These are alternated for the duration of the track, giving you an immensely deep listening experience.

[best track – runner up.] Just the Way you Are

There is a reason this won song and record of the year. Joel writes an immensely touching love song and braids his vocals, synthesized piano, saxophone and string orchestra/back vocals in and out of the composition. This song has multiple parts using different instruments as the emphasis. The lyrics are the most memorable of any of the tracks:

“I don’t want clever conversation
I never want to work that hard
I just want someone that I can talk to
I want you just the way you are.”

A song that doesn’t make greatest hit compilations, Vienna tells the story of someone who is working way too damn hard and is going to burn out trying to do too much. Trying to plead with the workaholic, the singer implores the person to remember that “Vienna waits for you.” Vienna represents two things: 1) Vienna the location, backed by the Italian folk music in the middle of the track; 2) the rest of your life being a Vienna that you need to remind yourself of.

“Slow down, you crazy child
And take the phone off the hook and disappear for awhile
It’s all right, you can afford to lose a day or two
When will you realize, Vienna waits for you?” 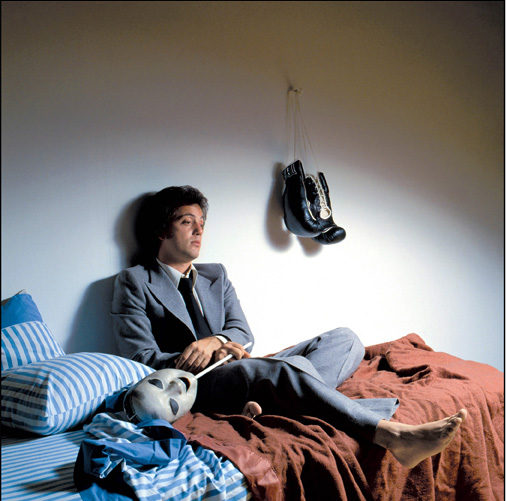 The Stranger is an achievement of contemporary music. The lyrics, song writing, and stories are all excellent, and with every track being good, you get to have a new experience about every four minutes. Except the last track “Everybody Has a Dream.” That song is garbage.